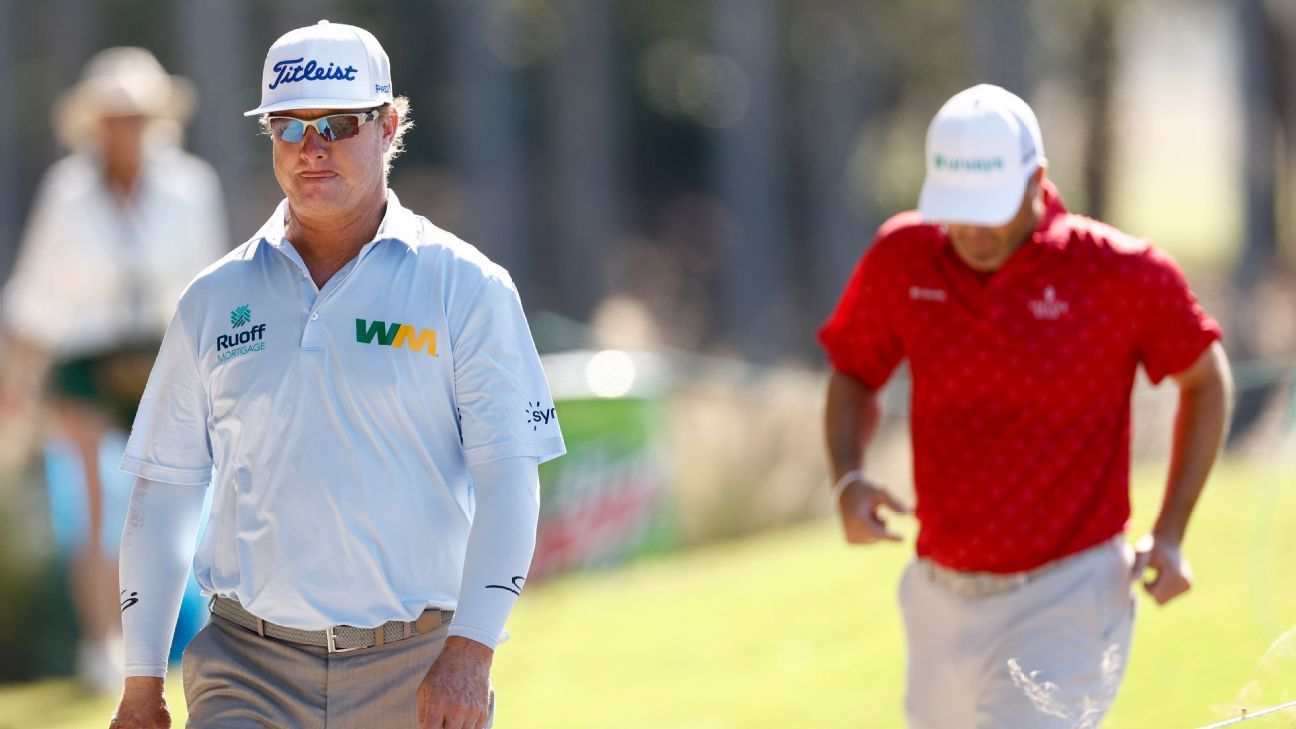 NAPLES, Fla. — Charley Hoffman and Ryan Palmer had 10 birdies in modified alternate shot Saturday for a 10-under 62, setting the 36-hole record in the QBE Shootout and taking a 2-shot lead into the final day.

Teammates for the first time, Hoffman and Palmer were at 26-under 118. That broke the record by 1 shot previously shared by Harris English and Matt Kuchar in 2020 and Jason Day and Cameron Tringale in 2014.

Hoffman and Palmer led by 2 shots over Tom Hoge and Sahith Theegala, both playing the unofficial event for the first time. They combined for a 60 at Tiburon Golf Club.

In modified alternate shot, both players hit tee shots and then they alternated shots the rest of the way. The final round will be fourballs.

English and Kuchar, who have won the QBE Shootout three times together, also had a 62 and were 4 shots behind along with Day and Billy Horschel, who had a 61. That’s the same score they had in the scramble format.

The two LPGA players in the field were 9 shots behind. Nelly Korda and Denny McCarthy had a 67, the same score as Lexi Thompson and Maverick McNealy. Korda and McCarthy took a double bogey on No. 11, and then played their last six holes in 7-under par.

Six of the 12 teams had 65 or lower in the modified alternate shot.

“We were in a pretty good rhythm. We were giving ourselves birdie chances and we were knocking most of them in,” Hoffman said. “The reality is we were just doing our thing. Obviously, we saw the low scores, but that means there’s birdies out there and we tried to attack them in and we did a pretty good job.”

This is Why I Never Start with the Club Behind the Golf Ball
3 POWER MOVES FOR LONG DRIVES
Theegala birdies last, takes home QBE with Hoge
Tim O’Neal slays his Q-School demons and earns Senior PGA Tour card
This is both the wackiest and greatest par in the history of The Match
Ads by Amazon
Ads by Amazon