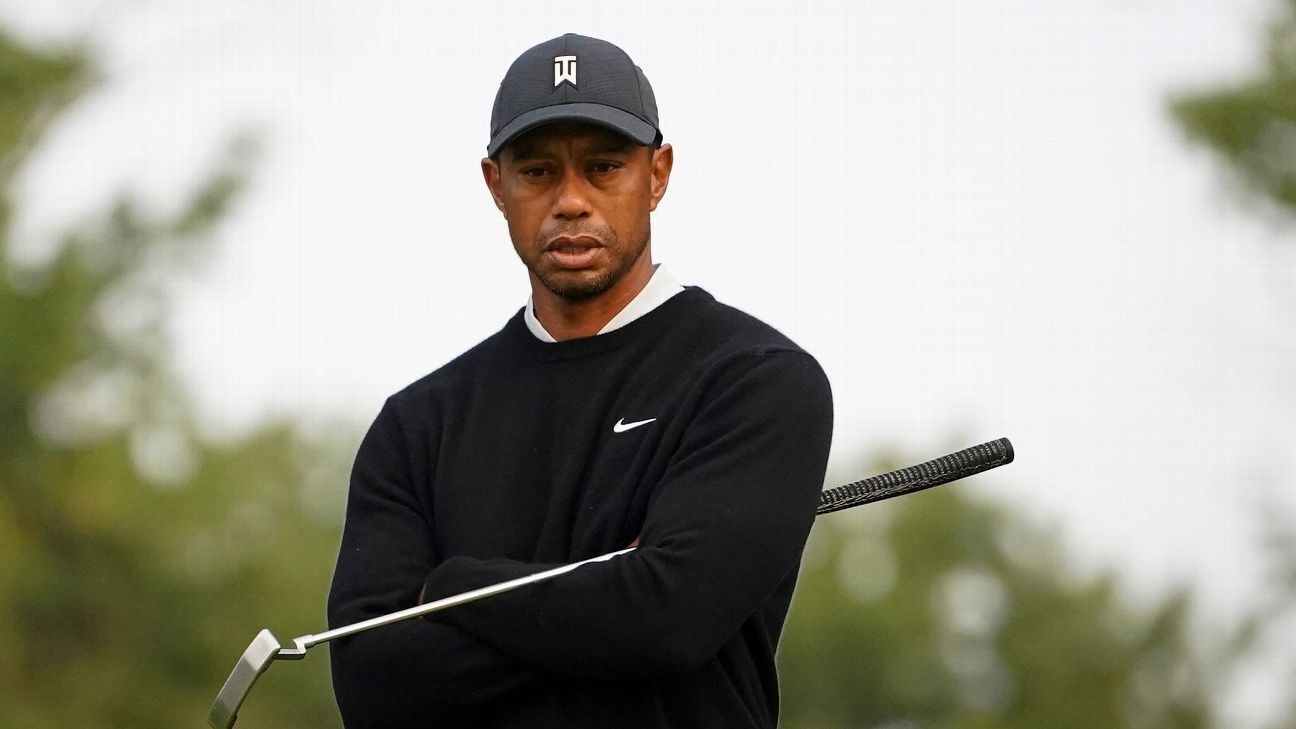 Tiger Woods, a 15-time major champion and winner of a record-tying 82 PGA Tour tournaments, was seriously injured in a car wreck in Los Angeles on Tuesday.

Here’s everything we know about the accident and Woods’ condition as of Wednesday morning:

What is Tiger’s condition after surgery?

In a statement posted to Tiger’s Twitter account at 12:30 a.m. ET on Wednesday, Dr. Anish Mahajan, the chief medical officer and interim CEO of Harbor-UCLA Medical Center, said Woods suffered comminuted open fractures — bones that were broken into more than two pieces and with breaks in the skin — in the upper and lower portions of the tibia and fibula of his right leg.

Mahajan said surgeons there placed a rod into the tibia of Woods’ right leg, and they used a combination of screws and pins to stabilize injuries to his foot and ankle. Mahajan said Woods also suffered trauma to the muscle and soft tissue of his right leg, which required surgeons to release “the covering of the muscles to relieve pressure due to swelling.”

Mahajan’s statement did not include details about Woods’ left leg. In an earlier statement on Tuesday, Woods’ agent, Mark Steinberg, said he suffered “multiple leg injuries.”

The statement said Woods was “awake, responsive and recovering” after several hours of surgery.

When and where did the accident happen?

Woods was involved in a single-car accident just after 10 a.m. ET on Tuesday near the border of Rolling Hills Estates and Rancho Palos Verdes, about 30 miles south of downtown Los Angeles. Woods was the sole occupant of a 2021 Genesis GV80 SUV at the time of the wreck.

During a news conference on Tuesday, L.A. County Sheriff Alex Villanueva said Woods was traveling northbound on Hawthorne Boulevard at a “relatively greater speed than normal” while descending a steep hill in an area that has a “high frequency of accidents.” He said there were no skid marks in the road and no signs that Woods attempted to brake.

According to Villanueva, Woods’ vehicle hit the center divider, destroyed a wooden “Welcome to Rolling Hills Estates” sign and rolled over several times. After crossing the two southbound lanes, the SUV hit a curb and a tree before settling several hundred feet from the road. His vehicle narrowly missed hitting a utility pole.

Weather was not a factor, according to Villanueva, and authorities didn’t immediately know how fast Woods was driving when he crashed. L.A. County sheriff’s deputy Carlos Gonzalez said he sometimes stops people driving well over the speed limit in the 45 mph zone, where signs warn truck drivers to use lower gears because of the steep grade.

Villanueva said there was no immediate evidence that Woods was impaired at the scene.

What was Woods’ condition when authorities found him?

Gonzalez initially arrived at the scene and found Woods struggling to get out of his SUV. He said Woods was wearing a seatbelt and was conscious and alert.

“I spoke to him. I asked him what his name was. He told me his name was Tiger, and at that moment, I immediately recognized him,” Gonzalez said during the news conference.

Gonzalez said Woods was able to answer questions about what day it was and where he was.

“Tiger was able to speak to me lucidly,” said Gonzalez, who added that Woods appeared “incredibly calm,” probably because he was in shock.

Because of damage to the front end of the vehicle and the fact that the SUV was lying on its side, responders had to extricate Woods from the car through its windshield. L.A. County Fire Department chief Daryl Osby said responders used a pry bar and ax to remove the windshield and pull Woods to safety.

Villanueva noted that the airbags deployed and the cab of the SUV was still intact, which allowed Woods a “cushion to survive the crash.”

“I will say that it’s very fortunate that Mr. Woods was able to come out of this alive,” Gonzalez said.

Gonzales said Woods was unable to stand under his own power, so responders removed him from the scene on a backboard. Woods was alert enough to ask responders to call his manager to retrieve his golf clubs and luggage.

Villanueva said it would take “days to several weeks” for officers to complete their investigation into the crash. They were retrieving video from traffic cameras to determine whether another car or animal caused Woods’ car to leave the road. Data might also be extracted from the car’s computer system to determine how fast Woods was driving at the time of the wreck.

Justin Thomas is worried for Tiger Woods and is praying for his family after hearing about his crash.

Woods made an appearance but did not play over the weekend at the Genesis Invitational at Riviera Country Club in Pacific Palisades. His foundation helps organize and host the tournament.

Woods remained in the L.A. area to film outtakes and scenes for Discovery-owned GolfTV, a streaming entity in which he is involved. In a statement, GolfTV said Woods was filming on-course instruction for a series.

On Monday, he worked with actor David Spade, former NBA player Dwyane Wade and actress Jada Pinkett Smith at Rolling Hills Country Club. Woods was scheduled to work with Los Angeles Chargers quarterback Justin Herbert and New Orleans Saints quarterback Drew Brees in another shoot on Tuesday. He was apparently headed to Rolling Hills Country Club from a nearby resort when he crashed.

Can Tiger recover from his injuries to return to the course?

It’s too early to say, but he undoubtedly faces a long and arduous recovery from his injuries. He was already dealing with debilitating back injuries. On Dec. 23, he underwent his fifth back procedure to alleviate pain and discomfort.

During a TV interview with CBS announcer Jim Nantz during Sunday’s final round of the Genesis Invitational, Woods said he was hoping to play in the Masters in April. He is a five-time winner of the event, most recently in 2019.

“God, I hope so. I’ve got to get there first,” Woods said in the interview. “A lot of it is based on my surgeons and doctors and therapist and making sure I do it correctly. This is the only back I’ve got; I don’t have much more wiggle room left.”

Woods’ last official start was at the Masters, which was played this past November after being postponed from its typical April date because of the COVID-19 pandemic. He tied for 38th. Woods is 50th in the world ranking after playing only nine times during the 2020 season. In December, in his last public golf event, the PNC Championship, Woods played with his 12-year-old son, Charlie, before undergoing his latest back surgery.