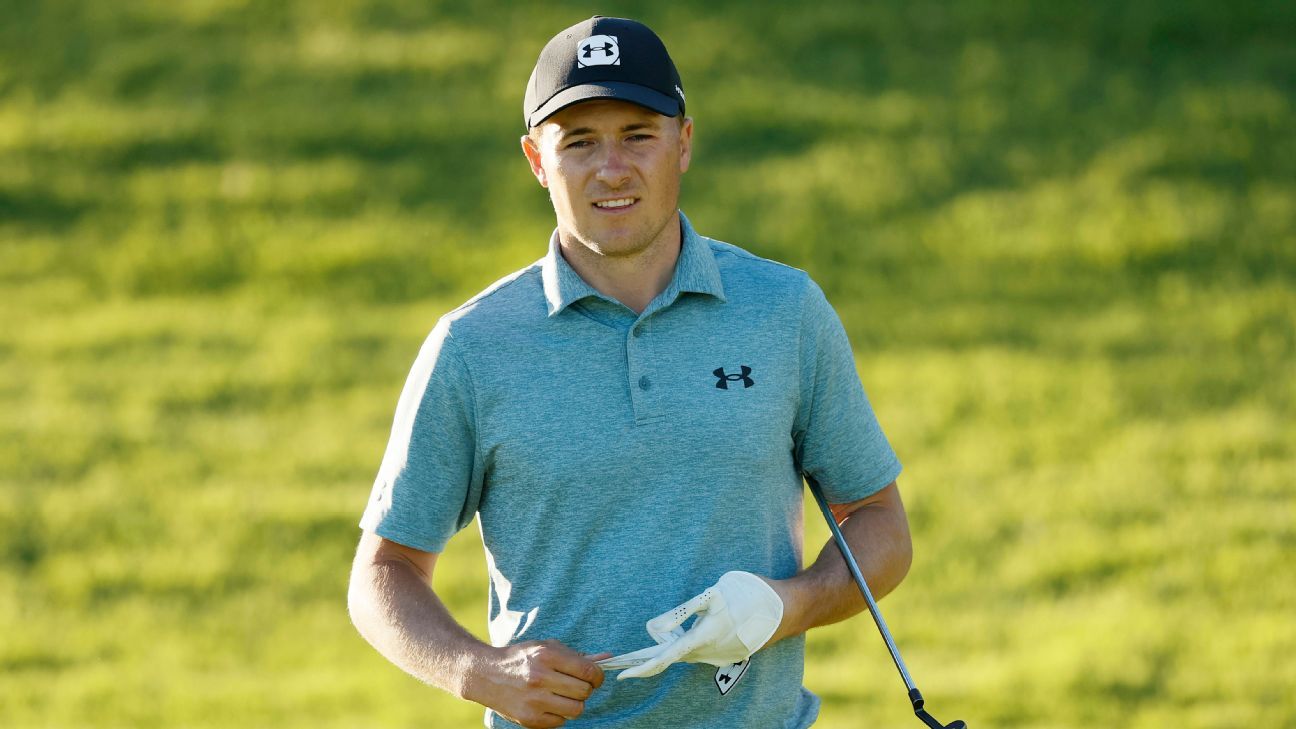 A change of plans to include a trip to Florida this week ended up not being necessary for Jordan Spieth. He made a spirited run at qualifying for this week’s World Golf Championship event. He also came up short on his other more focused goal of winning again on the PGA Tour for the first time in three-plus years.

But Spieth certainly has no reason to kick his golf bag and complain to caddie Michael Greller as he left Riviera Country Club on Sunday following the Genesis Invitational.

His agonizing run of victory-less tournaments continues. But Spieth is in a far better place than he was a month ago when he was missing the cut at the Farmers Insurance Open and wondering if this plunge into mediocrity would ever end.

At least for now.

And while the journey to that next victory won’t include this week’s WGC-Workday Championship at The Concession, there surely are brighter days ahead — even if Spieth is the first to acknowledge that he in no way feels he is back to his more successful ways.

“It’s kind of the first time in my life where I’ve had a significant dip in success,” said Spieth, who tied for 15th at the Genesis Invitational after consecutive top-5 finishes at the Waste Management Phoenix Open (T-4) and the AT&T Pebble Beach National Pro-Am (T-3).

“It had kind of been a nice uptick every single year. So just kind of learning how to deal with that having to do it in such a public way was very difficult, can sometimes present even more challenges. But at the same time, the idea is to get to the bottom of it, turn it around, make progress each day and recognize that’s the past and I can use it as having some scar tissue and use it to my advantage going forward.

“But ultimately I’m just in the same search that everybody else is that steps on the first tee, which is feeling really in control of the golf ball and shooting low scores. Everybody’s search for that is a different path and I’m living mine right now.”

Anyone following along knows by now that Spieth has not won since he captured the 2017 Open at Royal Birkdale, where a spirited back-nine duel with Matt Kuchar resulted in his 11th PGA Tour victory at age 24. He’s been stuck on that number ever since — and saw good friend Justin Thomas fly by him over the past few seasons. Thomas now has 13 wins.

A year after that triumph at Birkdale, Spieth was the 54-hole co-leader in the 2018 Open at Carnoustie, where he didn’t make a final-round birdie and tied for ninth. And he never held the lead again going into the final round until two weeks ago in Phoenix, where he shot a third-round 61 but couldn’t get much going on Sunday.

Last week at Pebble Beach, it was similar. Spieth put himself in position but was unable to close. And after being within reach of the leaders at Riviera after shooting 68 in each of the first two rounds, Spieth got caught up in the brutal Saturday conditions and could never make up any ground on Sunday, shooting even-par 71. He likely needed a finish of solo fifth or better to qualify for this week’s WGC event.

“In no way am I sitting here saying it feels as good as it has in some of my best, most consistent years of ball-striking, but it’s working its way,” he said. “To be able to kind of play patient golf and kind of pick spots and trust these swings in situations where I’ve got some scar tissue as I roll around places from the years past. I really like the progress that’s being made. I’m just trying to get better and better. I’m not looking at what I’m doing right now as final as far as the last couple weeks, you know. There’s a next level that I’m searching for.”

Spieth is to be commended for the way he has handled a frustrating situation. He has rarely shied away from the questions, and even if he did a time or two, that was to be expected and excused. He didn’t ditch his coach, Cameron McCormick (although Butch Harmon took a look recently) and he’s stuck with Greller, too.

For three-plus years, it’s been a relentless focus on what has gone wrong, and Spieth’s numbers were there for all to see. A guy who was No. 1 in the world for the better part of 2015 and into 2016 and was still No. 2 at the end of 2017 kept falling and falling. When he missed the cut at Torrey Pines last month, he was 92nd. That he even made a run at getting into the top 50 to qualify for the WGC is commendable. He is now 62nd.

That doesn’t mean there isn’t work to be done. Spieth’s magical putting from the 2015-17 timeframe that dropped outside of the top 185 in strokes gained in 2018 has seemingly returned — sometimes. There are still far too many short misses to feel good about.

His iron play — really the strength of his game when he was at his best — has returned to top levels. But his driving remains a work in progress; too often, Spieth puts himself in a bad position off the tee, a place from which it is very difficult to have success. With a chance to win a week ago at Pebble Beach, Spieth hit just six of 14 fairways in the final round.

Still, there were the two rounds of 67 and a 61 in Phoenix. There was the opening-round 65 at Pebble Beach. He began Riviera with a pair of 68s.

“It was awesome to see him back to sort of the — not the old Jordan because he’s only 27 — but back to showing us what he can do,” said Rory McIlroy.

In truth, a week or two off might be good for Spieth. He’s not likely to play the Arnold Palmer Invitational, so he could return at the Players Championship, take another week off, then have a run of the WGC Match Play and the Valero Texas Open heading into the Masters.

That’s still a lot of opportunity for him to build on his recent success. For Spieth, it’s been quite a month.

This HACK Will Transform Your Chipping!
18 HANDICAPPER GOLF TIPS!
2019 Pro V1 and Pro V1x Golf Balls: A Comparison
A preview of 2023? Sahith Theegala sure hopes so after pulling out the QBE Shootout title with Tom Hoge
HOW TO HIT DRIVER WITH RICK SHIELS CLUBFACE EDITION
Ads by Amazon
Ads by Amazon