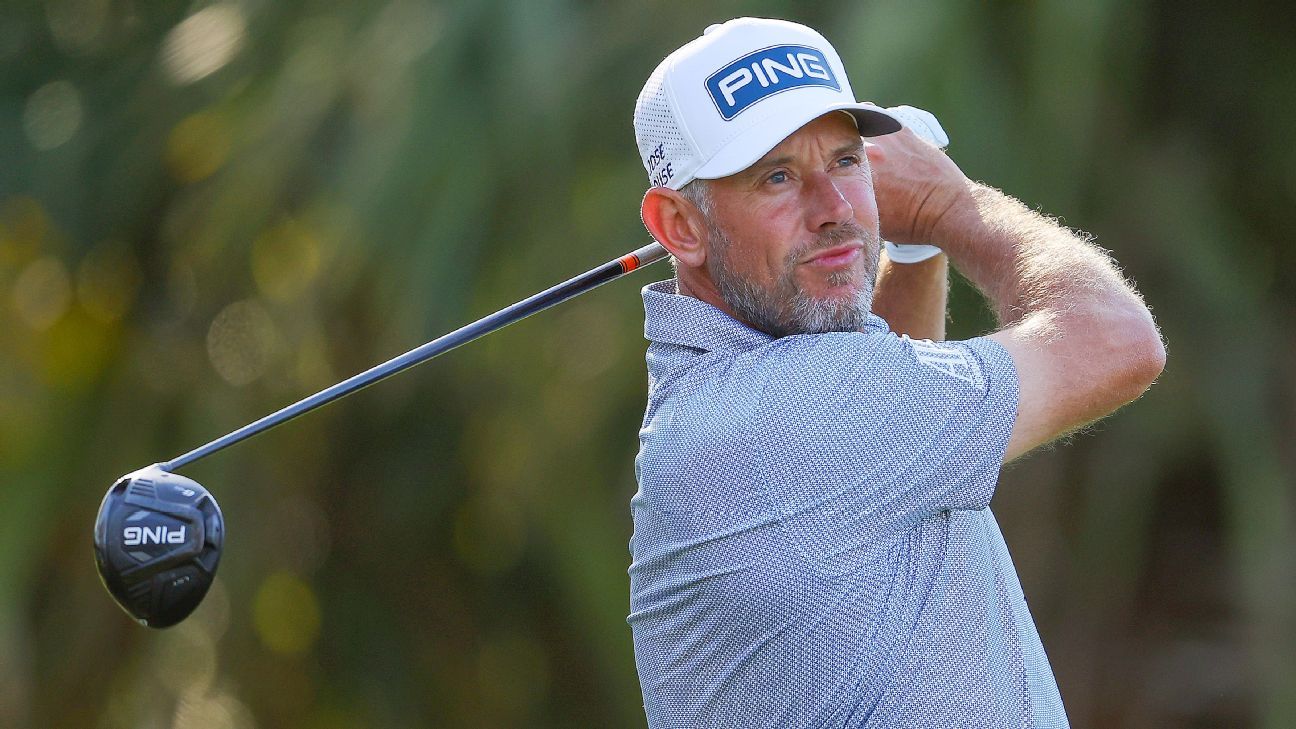 PONTE VEDRA BEACH, Fla. — Lee Westwood isn’t interested in comparing himself with the player who rose to No. 1 in the world a decade ago. All he knows is he’s playing some of his best golf, and he gets another chance to see if it can hold up against the best field.

Westwood had all the shots Friday in a bogey-free round at the Players Championship, with two birdies at the start and a nifty pitch to a troublesome pin on the par-5 ninth to close with a another birdie and a 6-under 66.

That gave him a one-shot lead over Matt Fitzpatrick (68) going into the weekend on the Stadium Course at the TPC Sawgrass, with U.S. Open champion Bryson DeChambeau not too far behind.

Westwood, who turns 48 next month, played well enough to win the Arnold Palmer Invitational last week at Bay Hill except that DeChambeau was one shot better in a fascinating duel of generations on a course that favors power.

Sawgrass favors no particular style, and it produced an eclectic mix of contenders at the halfway point.

“I’m comfortable out there with everything.”

He was at 9-under 135 and will be part of the All-England final pairing Saturday.

Sergio Garcia was another shot back after a 72 that looked like it was a lot worse with so many putts the Spaniard missed, including a 23-inch par putt on the 15th hole that followed a 5-foot par putt he missed on the 14th.

Still, the 2008 champion showed plenty of game — and enough par putts that went in — to stay in the hunt. He drilled his approach to inches away on the par-5 11th for his third eagle of the week, which a already ties the tournament record.

And he finished in style with an approach that danced around the flag and settled 5 feet away for birdie on the 18th.

“It was a beautiful roller coaster,” Garcia said. “There were a lot of good things. Unfortunately, a lot of bad things. But more than anything there was a lot of fighting, and that’s one of the things that I’m most proud of because when things are not really happening and you miss a couple putts here and there, it’s easy to kind of let the round get away from you.”

When the second round was suspended by darkness, 16 players were within five shots of the lead.

DeChambeau was in the group three shots behind after a 69 that began with a double bogey from the trees and a muffed chip out of the rough from behind the green. He was bogey-free the rest of the way on a course that doesn’t let him swing for the fences because of water and cross bunkers and other brands of trouble.

“I’m happy with the fact that I’ve still been able to keep myself in it and score well,” DeChambeau said. “I’ve been pretty lucky, for the most part. I don’t think that’ll happen this weekend. I’ve got to make sure that my game is good off the tee, so I don’t have those issues occurring and I don’t have to rely on luck for the most part. I have to get it in the fairway.”

Kirk holed out from the first fairway for eagle and closed with back-to-back birdies for a 65. Starting with a chip-in for birdie on the 15th, he played six straight holes in 6 under.

Sungjae Im tied the tournament record with six straight birdies, a streak that ended when he missed the green to the left on the par-3 third, and even then he nearly chipped in. He had to settle for a 66 and was three shots behind.

Dustin Johnson wasted a good start and shot 70, leaving him eight shots behind. Jordan Spieth made his first double bogey in 411 holes – the longest streak of his career – and shot 74 to make the cut on the number.

The weekend is as much about who’s missing.

Rory McIlroy, who opened with a 79, wasn’t much better Friday. He made another double bogey on the 10th hole and shot 75. His 36-hole total of 154 was his highest ever in his 11 appearance at the Players Championship. He is the first defending champion to miss the cut since Rickie Fowler in 2016.

Four players from the top 10 in the world missed the cut — Xander Schauffele, Patrick Cantlay, Tyrrell Hatton and Webb Simpson, whose hopes ended with one of 13 balls in the water at the island-green 17th.