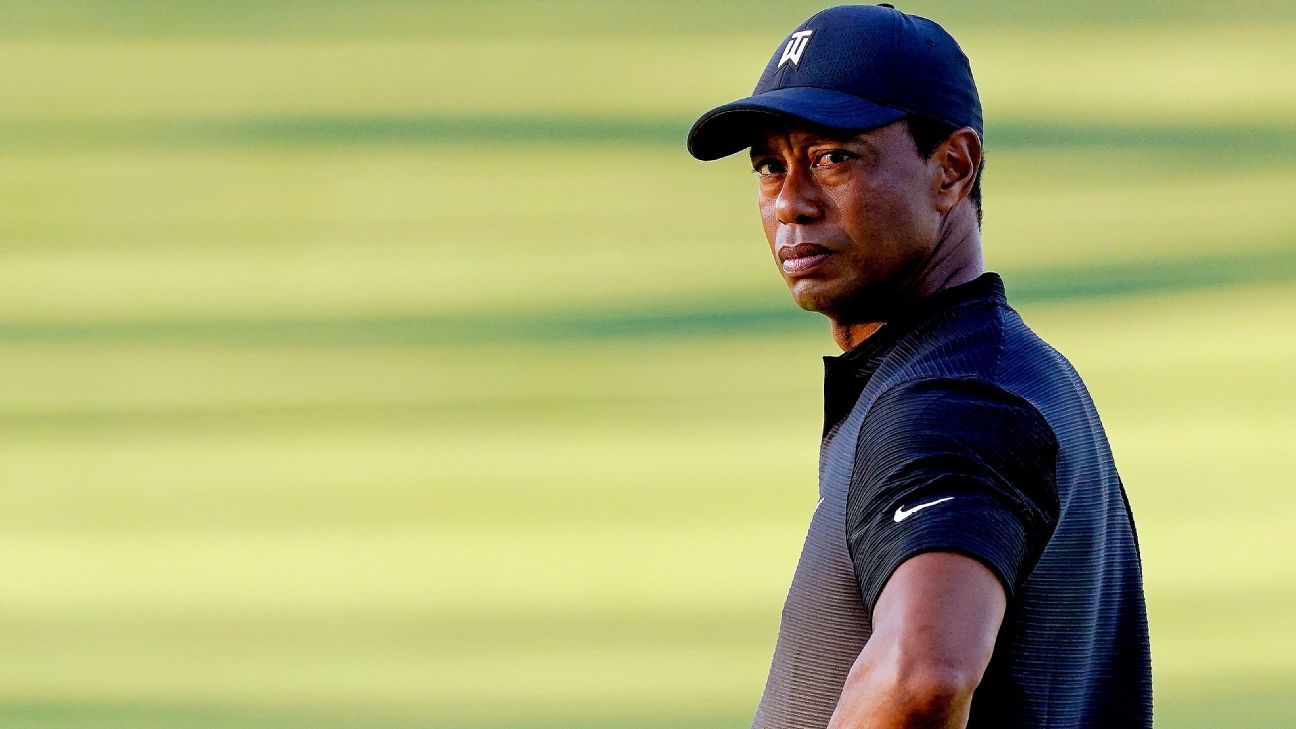 Tiger Woods indicated in an interview with CBS’ Jim Nantz on Sunday that he’s not been doing much practicing in the wake of a fifth back surgery in December and that he was not guaranteeing being a part of the final round of the Masters in seven weeks.

“I’ve got to get there first,” said Woods, 45, who was at Riviera Country Club as host of the Genesis Invitational.

“I have looked at my putter,” Woods quipped, giving no timetable for his return in the coming weeks.

“I don’t know what the plan is,” he said. “The plan right now is to get through tomorrow and start progressing.”

Woods had a microdischetomy on Dec. 23, a procedure to alleviate nerve pain in his lower back. He had that same procedure three separate times, once in 2014 and twice in 2015. He then had a far more serious spinal fusion in April of 2017 from which he returned less than a year later.

He’s won three times since to run his PGA Tour victory total to 82, tying Sam Snead. He also won his 15th major title when he captured the 2019 Masters.

But Woods never got anything going in 2020, posting just a single top-10 finish, a tie for ninth in January of last year at the Farmers Insurance Open.

He missed the cut at the U.S. Open and tied for 38th at the Masters, his last official event.

He had his latest procedure three days after competing with his son, Charlie, at the PNC Championship in December.

“I’m feeling fine, a little stiff,” Woods said. “I’ve got one more MRI scheduled and then I can start doing more activities. I’m still in the gym doing rehab activities before gravitating towards more.”

Woods would not commit to playing a tournament prior to the Masters and when asked specifically about the year’s first major championship he said, “God, I hope so. But I’ve got to get there first. I don’t have much wiggle room left. I’ve got only one back.”

The recovery from the procedure, which was believed to be one level up on the spine from where his previous ones occurred, was expected to be around two-and-half to three months. He was said to be hitting balls a few weeks later, but Woods’ words indicated he’s not been doing the heavy practicing necessary for a return.

Among the potential places for him to come back would be the Arnold Palmer Invitational in two weeks followed by the Players Championship and the Honda Classic. Following the Honda is the WGC-Dell Technologies Match Play, a tournament for which he will be eligible if he remains ranked among the top 64 in the world. He dropped to 51st on Sunday.

The Match Play event is two weeks prior to the Masters.

Tiger and Rory vs. Spieth and JT: What to watch at The Match
Our favorite Golf Digest podcasts of 2022
Strydom ties course record to share Dunhill lead
This is Why Your Golf Swing Lacks Distance (Chicken Wing Swing Fix)
GOLF DRIVER SET UP KILLERS. golf basics with Mark
Ads by Amazon
Ads by Amazon