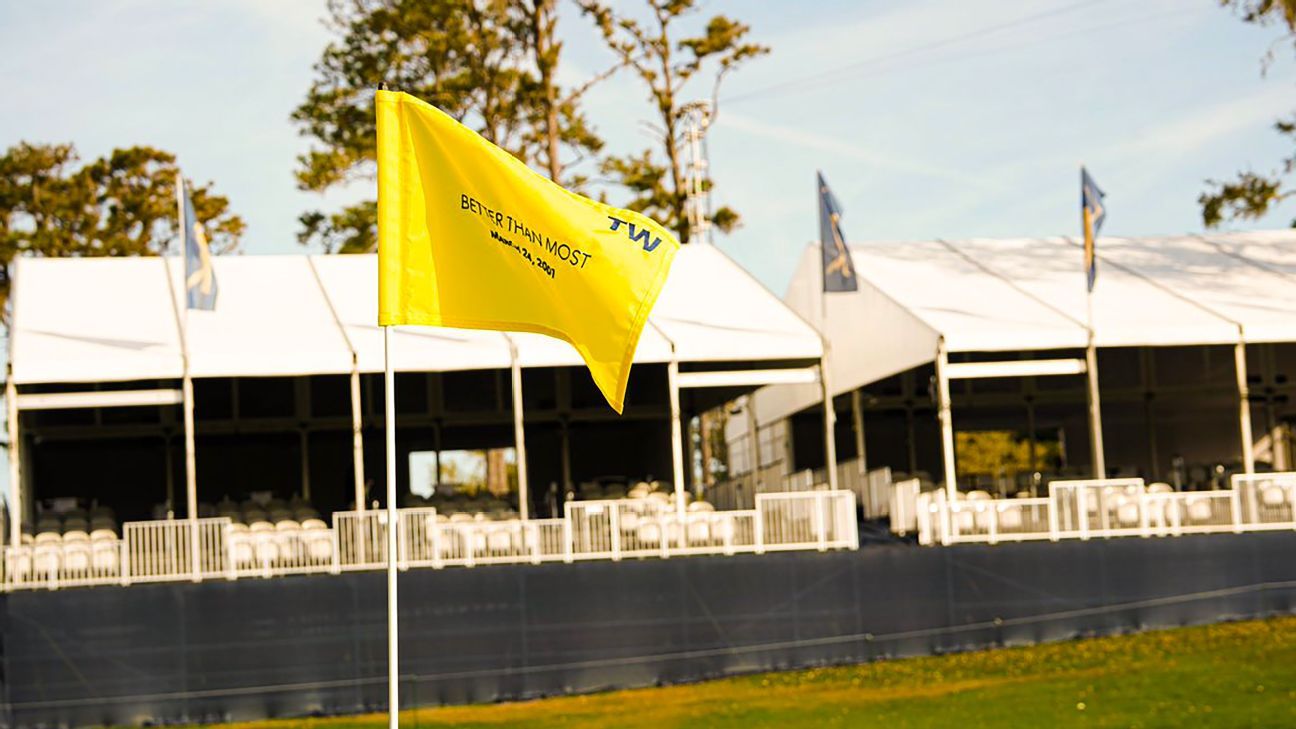 It might just be one of the most famous putts in golf history. And this year, it turned 20 years old. In 2001, on Saturday at TPC Sawgrass, eventual champion Tiger Woods stood on the very back edge of the famous island green, staring at a 60-footer to the front-left hole at par-3 17th.

Two putts and a par was the goal. Halfway there it was clear, as NBC announcer Gary Koch would describe, the putt was “better than most.”

Last month, Woods was involved in a serious single-car accident in Los Angeles. He is recovering from significant leg injuries at Cedar-Sinai Medical Center.

Watch live: Featured holes, including No. 17, at the Players

Though he was not at TPC Sawgrass this week, the Players decided to commemorate the moment and honor Woods.

A surprise from Tom Watson! | Priceless Moments with Mastercard
CHIPPING CONSISTENCY
Tim O’Neal slays his Q-School demons and earns Senior PGA Tour card
This is both the wackiest and greatest par in the history of The Match
HOW TO PITCH LIKE A GOLF PRO
Ads by Amazon
Ads by Amazon