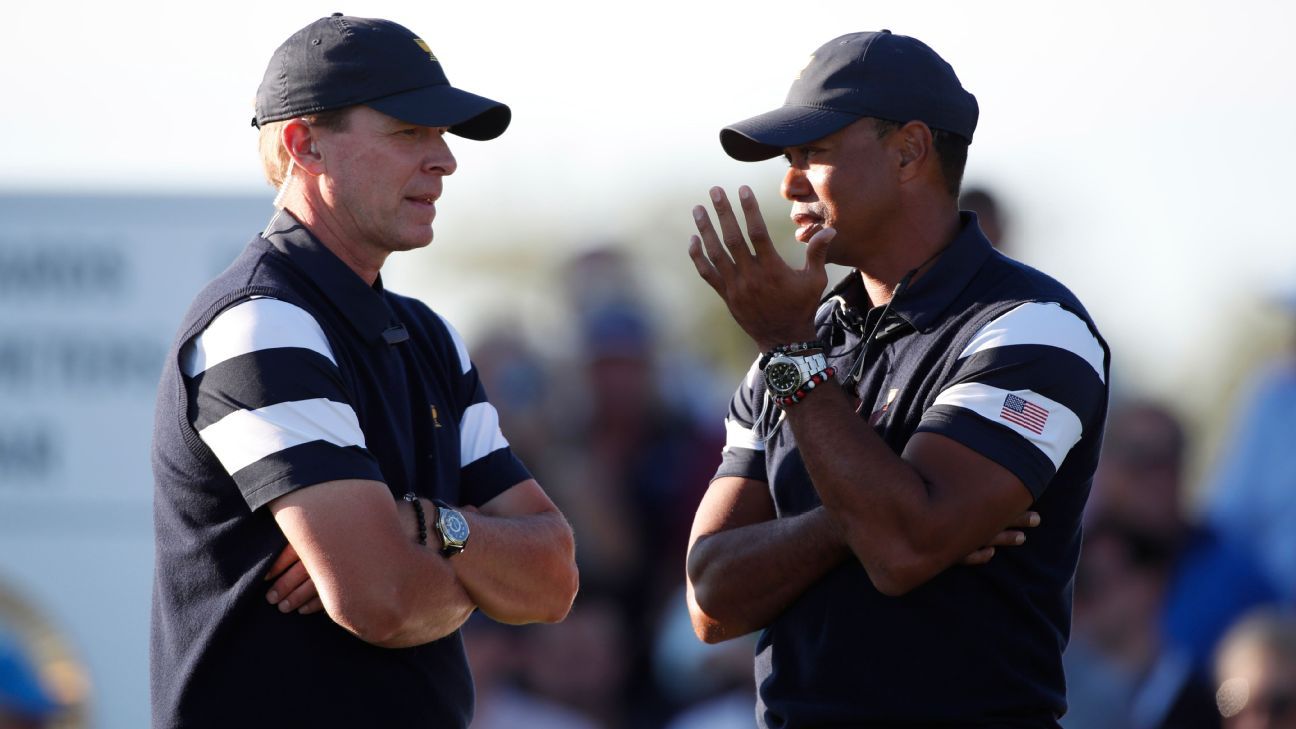 ORLANDO, Fla. — Steve Stricker wore red and black in honor of Tiger Woods on Sunday at the Arnold Palmer Invitational and said he hopes to have his longtime friend at the Ryder Cup this fall “in one way, shape or form.”

But the U.S. Ryder Cup captain would not go so far as to say this early that Woods would be a vice captain when the United States Ryder Cup team takes on Europe at Whistling Straits in September.

Woods is recovering from multiple serious injuries suffered in a single-vehicle crash in Southern California on Feb. 23.

“I’m not going to go down that road now,” Stricker said. “Obviously we’re all pulling for him. We’re thankful that he’s alive. I don’t know who said it, but that his kids continue to have a father. Something even more tragic could have come from that.

“I’d love to have him around (at the Ryder Cup). I’m hoping in one way, shape or form. But it’s too early to kind of commit to anything.”

Stricker was an assistant captain to Woods at the last team competition played in 2019, the Presidents Cup won by the U.S. team in Australia. A year earlier, Stricker assisted Furyk at the 2018 Ryder Cup, where Woods played on the losing side.

And in 2017, when Stricker was the Presidents Cup captain, Woods was an assistant for the U.S. team that won at Liberty National. Woods also assisted Love at the 2016 Ryder Cup, won by the Americans.

Stricker noted that before the accident, he was hoping Woods would put together the kind of season that would allow him to be part of the team as a player.

During Sunday’s final round, Stricker joked that wearing red and black “didn’t do me s—; I didn’t make a birdie. But obviously he’s a friend of mine. I’m trying to keep up on what’s going on with him. I haven’t heard too much lately.”

There have been no public updates on Woods’ condition since Feb. 1.

Stricker, 54, shot 77 on Sunday. He’s trying to play as much as possible on the regular PGA Tour to keep in touch with the players who might be on his team. He is an alternate for next week’s Players Championship and then plans to play the Honda Classic in two weeks.

This is Why I Never Start with the Club Behind the Golf Ball
Reports: More broadcast changes as Brad Faxon, Smylie Kaufman in and Kathryn Tappen out at NBC/Golf Channel
Time To CONQUER MY DRIVER | golf driver lesson #LockeysJourney
Theegala birdies last, takes home QBE with Hoge
Wilco Nienaber’s 439 Yard Drive!
Ads by Amazon
Ads by Amazon