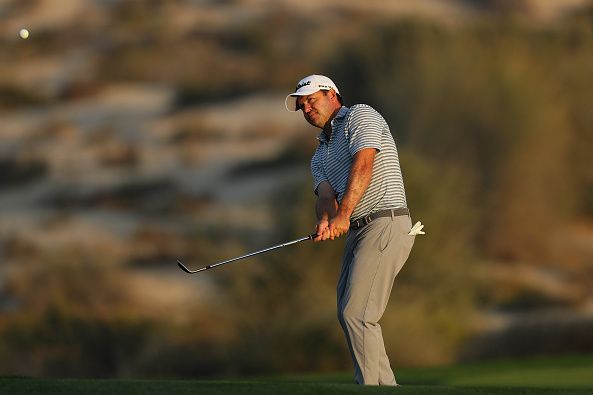 South Africa’s Richard Sterne carded a 64 in the first round of the Dubai Desert Classic to finish at eight under for a one-shot lead at the Emirates Golf Club on Thursday.

Sterne started on the back nine and had five birdies at the turn before he added four more, offset by a bogey at the par-four sixth, to lead American Kurt Kitayama.

Sterne, 39, has not won on the European Tour since 2013 and finished tied for 25th at last week’s Abu Dhabi Championship.

“It’s always good to get off to a good start, it helps you for the rest of the week,” he said. “I’ve come close here before so it would be nice to have a chance going into the weekend.

“I haven’t had many chances going into weekends for a long time, so it would be nice to get through tomorrow and place myself well and see how the weekend goes.

“I had a wrist operation in March last year, so I was out basically for the whole of last year. Played the last few events, which I played pretty decently considering I had not played for so long.”

Sterne’s compatriot Justin Harding and Spain’s Sergio Garcia, who won the title in 2017, were tied for third a shot further behind.

“I think that it’s a big year and hopefully I can be in good shape because I want to be a part of a lot of things this year,” Garcia said.

The day also saw Spaniard Nacho Elvira record a hole-in-one on the par-three 11th as he finished one-under.