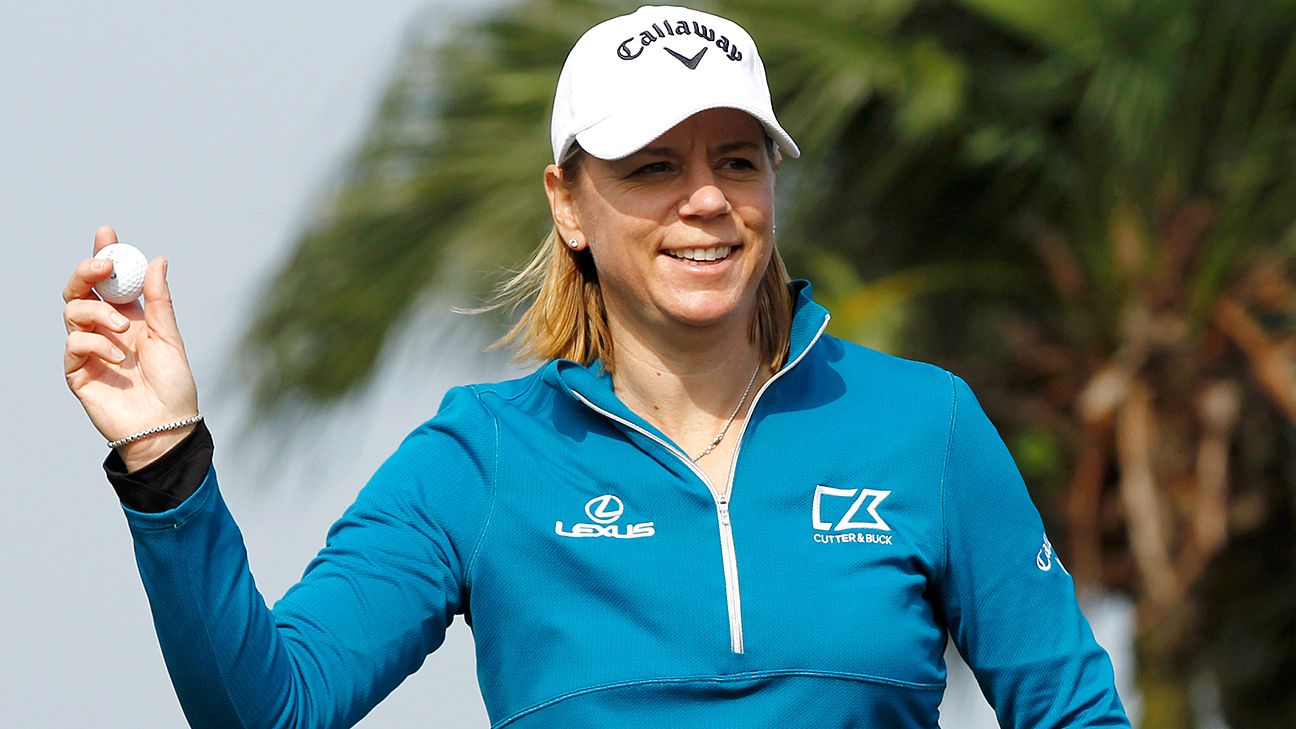 More than a decade after Annika Sorenstam won her last LPGA Tour event, she’s ready to tee it up again.

The LPGA Tour announced on Twitter the 50-year-old Sorenstam has committed to play the Gainbridge LPGA in Orlando, Florida, scheduled for Feb. 25-28 on her home course of Lake Nona.

It will be her first official event since she missed the cut in the season-ending ADT Championship at Trump International in 2008, her final season of a Hall of Fame career that included 72 wins on the LPGA Tour and 10 majors. Her last victory was the Michelob Ultra Open at Kingsmill in 2008, and a month later she announced she was retiring.

Sorenstam recently played the PNC Challenge in December with her father, Tom. She said then her son was starting to play and motivating her to get back on the golf course. Sorenstam had said she was interested in a few senior events but did not hint at playing an official LPGA event.

She was part of the celebrity field at the season-opening Diamond Resorts Tournament of Champions last month.

Sorenstam has kept busy since retirement, with two children at home and a foundation that includes a focus on junior golf. She also was appointed president of the International Golf Federation, which oversees the Olympics. She took over for former R&A chief executive Peter Dawson.

Sorenstam received heavy criticism for accepting the Presidential Medal of Freedom from former President Donald Trump on Jan. 7, one day after a deadly riot at the U.S. Capitol as Congress was certifying the election victory of President Joe Biden. Trump faces impeachment for “incitement of insurrection.”

Sorenstam and Gary Player accepted the medals from Trump. They were supposed to received the award in March 2020 until it was postponed by the COVID-19 pandemic.

Sorenstam later told Golf Channel that “I’m not one to second-guess,” and that while she referred to the insurrection as a dark day in American history, she did not say she regretted receiving the medal.

“I like to look forward, not spend energy on what could have been,” Sorenstam told Golf Channel. “It’s all about opening doors. That’s one thing I’ve learned. I’ve heard from a lot of people — you can imagine, a lot of opinions, a lot of comments. I hear clearly what those people say. I know they see it differently. But I listen and I embrace them all.”