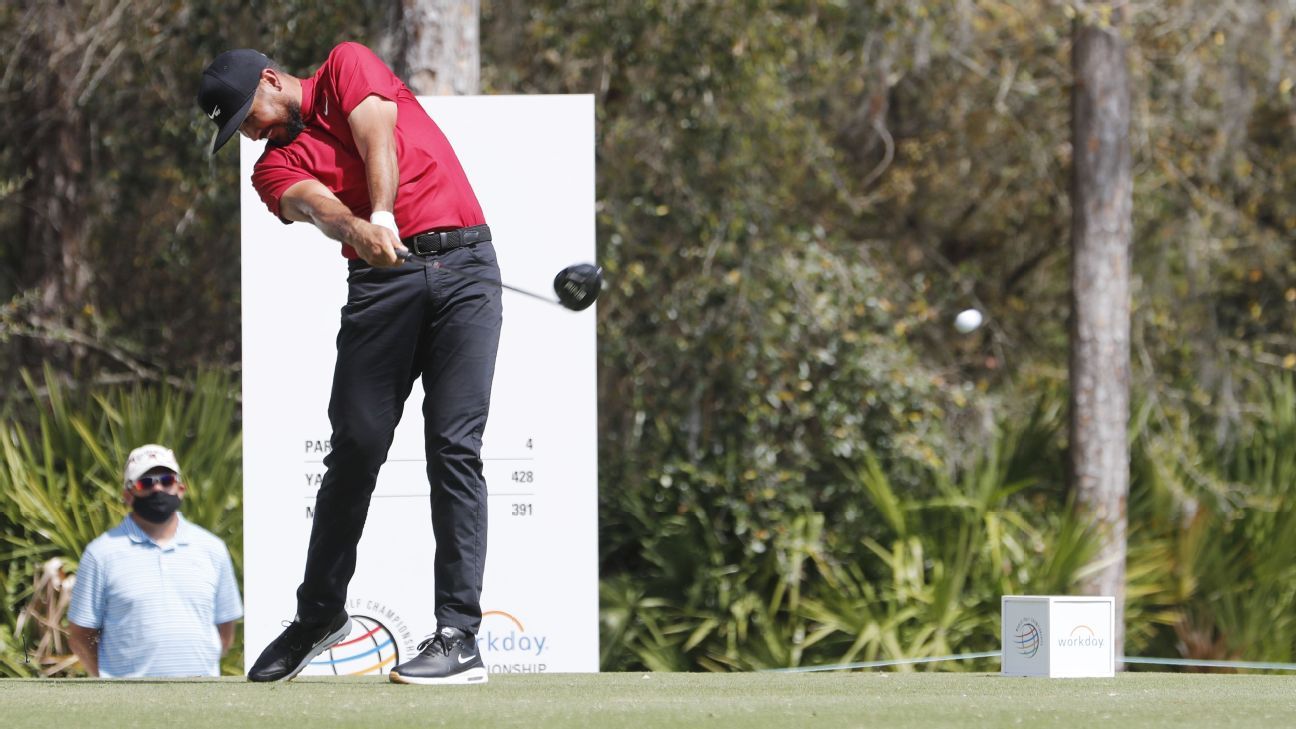 BRADENTON, Fla. — Several players showed up wearing a red shirt and black pants Sunday in honor of Tiger Woods for the final round of the WGC-Workday Championship.

And at the Puerto Rico Championship, the opposite field event this week, the entire grounds crew did so for Woods, who traditionally has worn those colors on Sunday going back to the early parts of his professional career.

Woods’ mother, Tida, had suggested the attire when he was a young pro and he ended up following through no matter the circumstances.

Woods, 45, was involved in a serious car accident on Tuesday that saw him suffer several injuries that required surgery. He is still hospitalized in California.

Among those who arrived in red Sunday were Jason Day, Tommy Fleetwood, Cameron Champ, Sebastian Munoz, Rory McIlroy and Patrick Reed. Jon Rahm and Justin Thomas wore a shade of red that appeared to be more pink.

Day, Bryson DeChambeau and Matt Kuchar also used a Bridgestone golf ball with Tiger’s name stamped on the side.

Max Homa — who won the Genesis Invitational last Sunday and was awarded the tournament trophy at Riviera Country Club from Woods, said on social media Saturday night that he would honor Woods by trying to play his best; Homa didn’t have a red shirt nor could he arrange to get one with his various sponsorships. He was immediately scolded.

“I am contractually obligated to wear clothes with certain logos that I can’t buy at a Dick’s/Pro shop/Roger Dunn/Walmart/”a store”/etc. Thank u for all the options tho!

“I mean this with zero hyperbole, this is the weirdest thing I’ve ever experienced on Twitter lol. I love Tiger more than u guys. Promise. Listen to an interview from last week. Red and black tomorrow doesn’t prove that. A lifelong attempt to mimic his approach to the game does.”