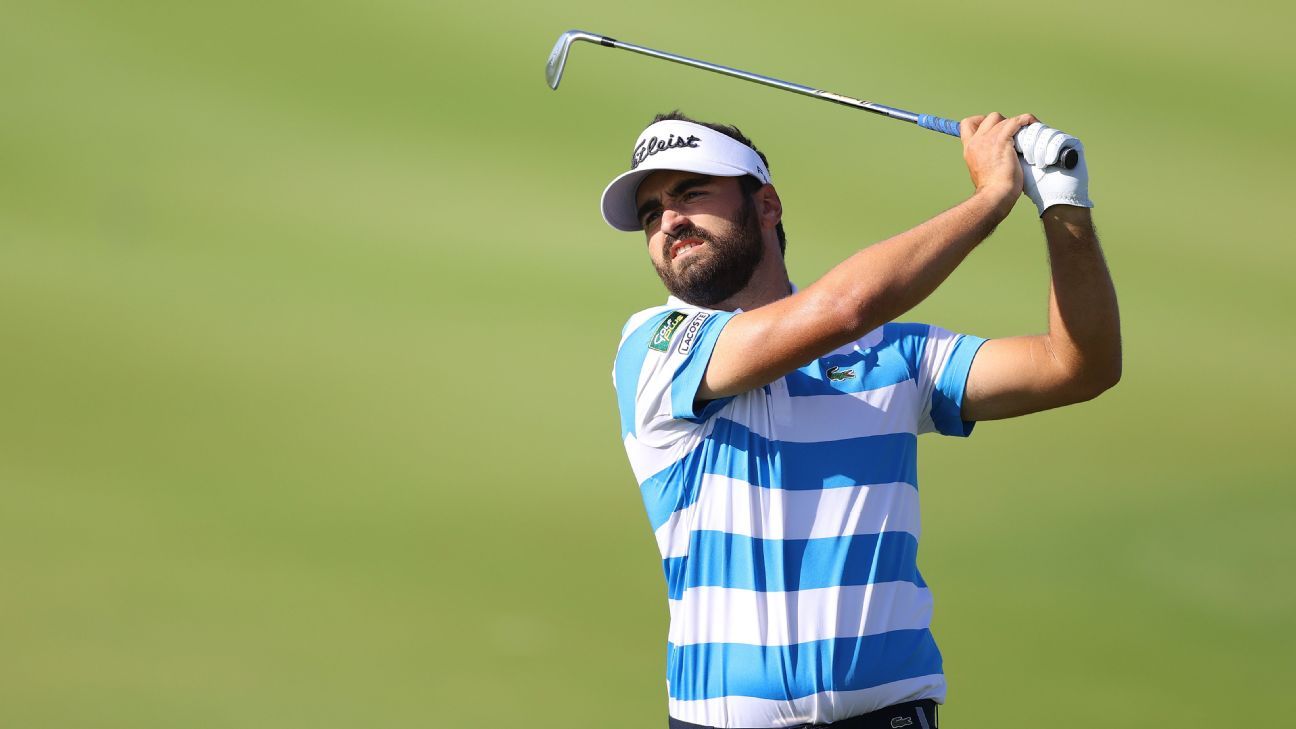 France’s Antoine Rozner sealed victory at the Qatar Masters with a 60 foot putt on the last to win his second European Tour title.

High winds disrupted play on day three and Rozner went into the final day three shots off the lead having carded a 68 the day before.

It wasn’t plain sailing for him, however, as Guido Migliozzi also joined him at the top on the final day and it looked like Rozner would need two putts to send the tournament to a playoff. However, an incredible last shot saw him finish at eight under and take the title.

“It’s unreal,” he said. “In my biggest dreams I couldn’t imagine anything like this happening.

“It’s probably the biggest putt of my career — amazing.

“It’s so early in my career, only my second year on tour. I’m playing great so I’m just going to keep doing what I’m doing, playing the way I’ve been playing the last two years and I’m excited to see what the future holds for me. It’s very promising.”

It was a frustrating day for Fichardt who entered the final day in the lead and briefly held onto this before Rozner and Migliozzi started their advances.

A poor drive from him on the seventh meant he had to play out from the desert and left him in a tied lead. He found the penalty area on the 11th and dropped another shot. He was playing catch up and didn’t manage to match Rozner.

Wales’ Jamie Donaldson and England’s Richard McEvoy both finished two off the lead.

Rozner now has two victories in his last six events after winning at the Golf in Dubai Championship in December. Sunday’s win means he will enter the Official World Golf Ranking top 70 which is a career high for him.