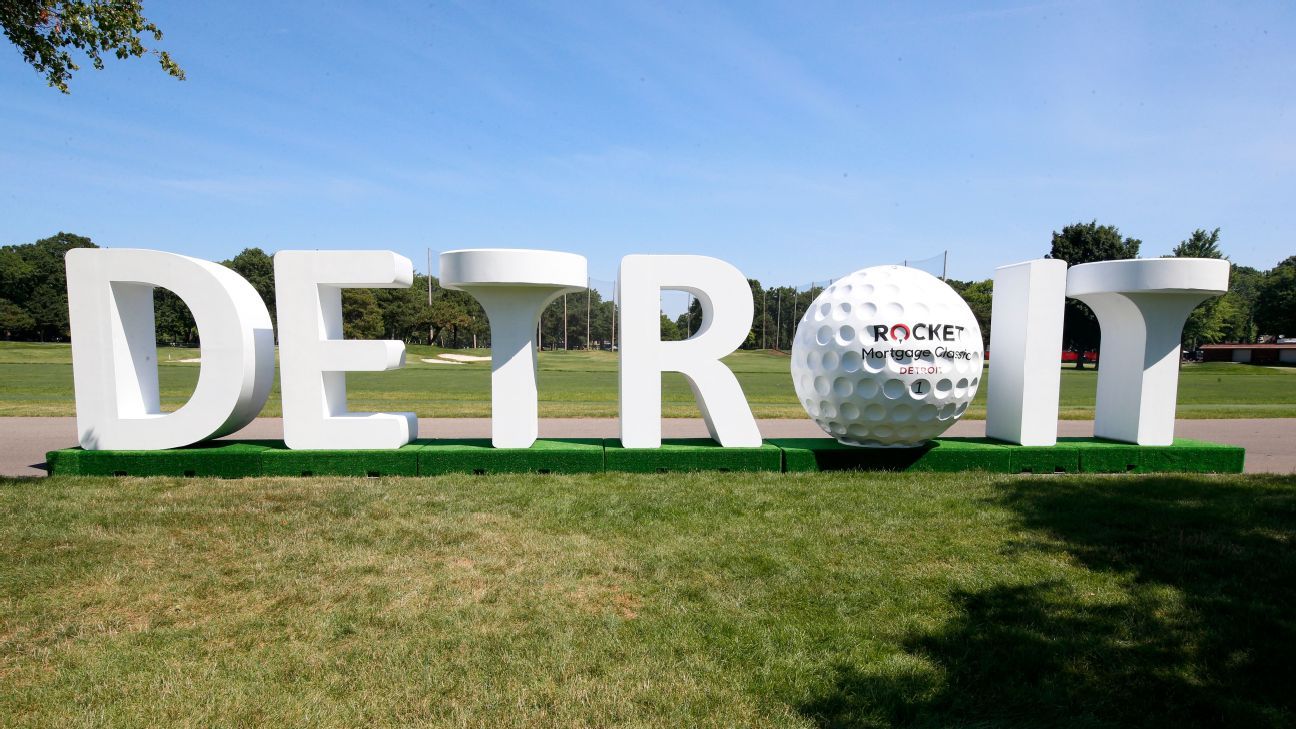 The Rocket Mortgage Classic made its debut on the PGA Tour in 2019 and won the inaugural “Fair Way Award” for diversity and inclusion by leaning on minority-owned vendors at Detroit Golf Club and having a volunteer base that reflected the community.

Turns out that was just the start.

The tournament is launching “The John Shippen,” a four-day event in late June. It starts with a 36-hole tournament for the top Black golfers who can earn an exemption to the Rocket Mortgage Classic and to the Dow Great Lakes Bay Invitational on the LPGA Tour.

It concludes with a two-day sports business summit that offers paid internships and scholarships for students of color.

“Golf is a multi-billion dollar industry and it lacks diversity,” said Jason Langwell, executive director of the Rocket Mortgage Classic. “We’re building a platform, two events that show up on the intersection of diversity, inclusion and golf. We’re not only excited about that, we’re also excited to use the event to shine a light on the legacy and great untold story of John Shippen Jr.”

English and Scottish players threatened to boycott if Shippen and Bunn were allowed to play until Theodore Havemeyer, the USGA president, said the championship would be played even if Shippen and Bunn were the only ones playing. Shippen was tied for the lead after the first day, only to make an 11 on the 13th hole to shoot 81. He tied for fifth, matching his best finish in his U.S. Open appearances.

Shippen later became a head pro until he retired in 1960.

“The John Shippen aims to address barriers that have prevented talented Black golfers and aspiring business professionals from realizing their dreams of playing professional golf or working in the golf industry,” said Jay Farner, the CEO of Rocket Mortgage.

Bryson DeChambeau is the defending champion at the Rocket Mortgage Classic, to be held July 1-4 after The John Shippen.

Still to be determined is the size of the field. Langwell said he has a dozen people on a selection committee to find the best Black people, male and female. Regardless of how many players, he said The John Shippen would pay for all travel and lodging involved, another step to remove any barriers.

The men and women will play the South course at Detroit Golf Club on Sunday, June 27, and then move to the North course (used for the PGA Tour event) the following day. The male winner is exempt to the Rocket Mortgage Classic that week. The women will play as teams — foursomes and fourballs — because the Dow Great Lakes Bay Invitational is played under the same format. The LPGA Tour event is July 14-17 at Midland Country Club in Midland, Michigan.

Chicago-based Intersport worked with Sommer Woods to create the event. Woods is co-founder of Woods and Watts Effect, which specializes in diversity and inclusion. Woods also is vice chair for volunteers at the Rocket Mortgage Classic.

“This event can change the world, starting with the world of golf,” Woods said.

Langwell said Rocket Mortgage would be a presenting sponsor of The John Shippen, which hopes to have six national sponsors. One is Trion Solutions, a minority-owned professional employer company.

The John Shippen is the latest development in a year filled with momentum in minority involvement.

The PGA Tour has made its TPC network available to the Advocates Pro Golf Association Tour, with the Farmers Insurance Open offering a spot to an APGA player. The Genesis Invitational at Riviera offers an exemption in the name of Charlie Sifford to a player with a minority background.

Langwell is equally excited about the business summit, conducted virtually because of the COVID-19 pandemic. It will be open to high school and college students to hear about career opportunities and apply for internships and scholarships.

The entire event will be part of a one-hour special on CBS leading into the final round of the Rocket Mortgage Classic.

I Finally Discovered Exactly HOW TO HIT DRIVER STRAIGHT…LIVE Golf Lesson
A preview of 2023? Sahith Theegala sure hopes so after pulling out the QBE Shootout title with Tom Hoge
GOLF: Why Amateur Golfers Can’t Hit Driver Farther (BACKSWING)
I CAN’T BELIVE I ENDED UP GIVING A GOLF LESSON DURING A BATTLE GOLF MATCH…PART 2
2 Minute Golf Tips – What can you do with a 2 / 3rds Golf Swing
Ads by Amazon
Ads by Amazon