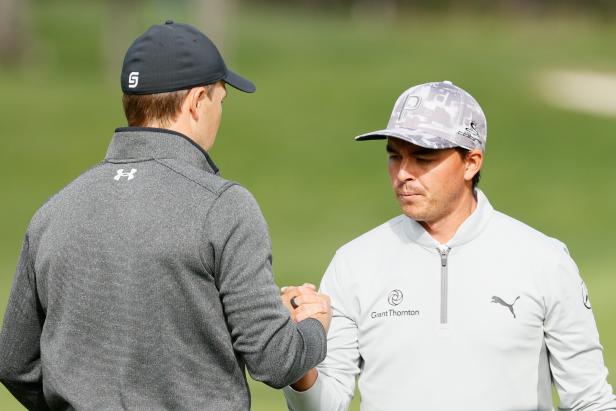 After they fist-bumped on Spyglass Hill’s ninth green Friday afternoon, good friends Rickie Fowler and Jordan Spieth went their separate ways, both literally and figuratively. Spieth went on to contend for a second straight week, the latest positive sign in his comeback process. Fowler, meanwhile, had missed his second straight cut, a continuation of the slump he’s been mired in for more than a year now.

For Fowler, Friday marked his 10th missed cut in his last 22 PGA Tour starts, a stunning number for a player who had been a weekend fixture for the last decade. His last top-10 came at the 2020 American Express, a tournament he led after 54 holes, only to finish eight back.

At that point the five-time tour winner was ranked 25th in the world, but he’s since tumbled all the way to 66th. That marks his lowest spot in World Ranking since April 2010, when he was ranked 68th two weeks after a T-8 at Harbour Town. A week later, a then 21-year-old Fowler finished in solo sixth at Quail Hollow, which saw him jump to 51st in the world. And from then until last month, he had never ranked lower than 56th.

Coincidentally, 2010 was also the last time Fowler did not play in the Masters, which he’s in serious danger of missing this year given he’s still yet to qualify for the event. There remain two ways that he can play his way in, however. The first: win a PGA Tour event with full FedEx Cup points between now and Augusta. The second: vault into the top 50 in the World Ranking between now and Augusta. And while there are only two months until the major, that’s still plenty of time to accomplish either feat, starting this week at the Genesis Invitational.

Should he struggle again at Riviera, Fowler will likely miss the following week’s World Golf Championships event being held at The Concession Club in Bradenton, Fla. (he hasn’t qualified for that either, according to PGATour.com). If that happens, he could take the week off or play in the opposite-field event in Puerto Rico. Then comes what would be a make-or-break Florida swing, starting with the Arnold Palmer Invitational, then the Players and finally, the Honda, three events he’s historically had success.

If Fowler is unable to make up ground during that stretch, there’s the WGC-Dell Match Play (although he’ll likely need to be in the world top 64 to qualify), and then he’d be left with one final opportunity at the Valero Texas Open. This, of course, is all worst-case scenario stuff, which Fowler is hoping to avoid. Like Spieth, he’s sticking to the process, which has included some serious swing changes, equipment changes and, most shockingly, working through some putting woes. Now, Fowler just needs the process to produce similar results that Spieth has seen over the last few weeks. If it doesn’t, Fowler will be absent at Augusta National, where he’s finished T-12 or better five times since 2014.