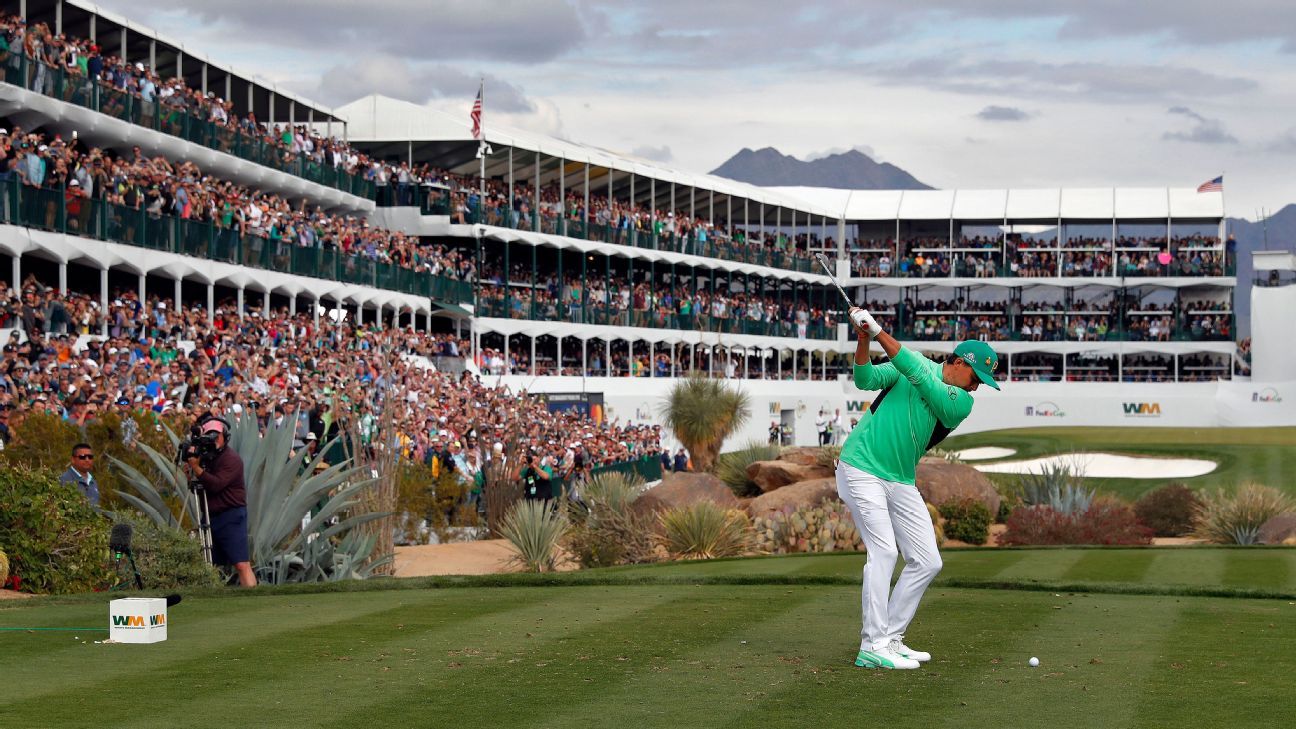 The Waste Management Phoenix Open, which will be played Feb. 4-7 at the TPC Scottsdale, announced Wednesday that, as of now, it will let in fewer than 5,000 fans Wednesday through Sunday of tournament week because of the growing number of COVID-19 cases in Arizona.

Fans will also be required to wear masks and will undergo temperature checks before they’re allowed on the grounds, which encompass 192 acres, including the notorious 16th hole.

Tournament chairman Scott Jenkins said in a statement that he remains “hopeful” that the tournament will have “extremely limited number of socially distanced fans” at this year’s event.

As of Wednesday, there have been 641,729 cases of COVID-19 and 10,673 deaths overall in Arizona and numbers have been spiking, according to the Arizona Department of Health Services. The state set a record of 11,424 new cases on Jan. 4. As of Tuesday, only 145 ICU beds — or 8% of the state’s total — were available in Arizona.