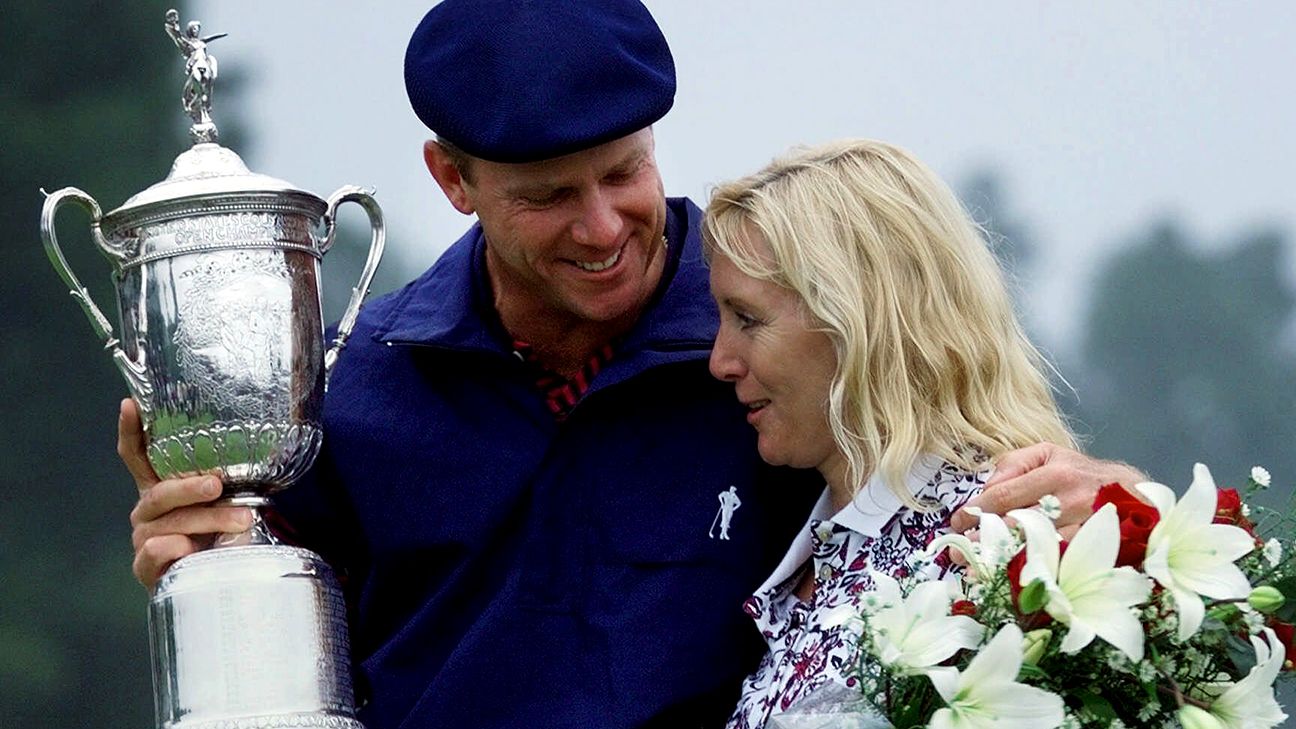 Tracey Stewart, the widow of PGA Tour golfer Payne Stewart, is selling more than 200 items from her late husband’s personal collection with The Golf Auction, available now through March 14.

Stewart died in a plane crash in 1999 at the age of 42. He was survived by Tracey and their two children, Aaron and Chelsea, and the family is now sharing some golf artifacts they have been holding onto since Stewart’s death.

“Over the years so many people have reached out to share how much Payne impacted their lives or the lived of their loved ones,” Tracey said in a statement. “I am pleased to share these items as a reminder of how much Payne enjoyed golf, but even more, how much he enjoyed people. I hope these will become treasured mementos that will inspire and encourage people in the same way Payne lived his life.”

Some of the items for sale include Stewart’s player’s badge from the 1999 U.S. Open at Pinehurst, where Stewart famously made a 15-foot putt on the 18th hole on Sunday to win the tournament. His celebration pose is enshrined at Pinehurst with a life-size bronze statue on property.

Other tournament badges are for sale as well as commemorative plates and crystal glasses from The Masters representing various accomplishments, including eagles in the 1983 and 1993 tournaments. His personal golf clubs, cufflinks and shoes are also available to purchase.

Stewart was well known for his personal style, wearing knickers, high socks and a driving hat in most tournaments. His full outfits from various outings are also available in the auction, and each item purchased will come with a letter from Tracey.

“Seldom does an auction house have the opportunity to present an intact collection from one of golf’s historic players like Payne Stewart,” Brad Roberts, V.P. of sales, marketing and consignment for The Golf Auction said.

HOW TO PITCH LIKE A GOLF PRO
Our favorite Golf Digest podcasts of 2022
GOLF DRIVER SET UP KILLERS. golf basics with Mark
A preview of 2023? Sahith Theegala sure hopes so after pulling out the QBE Shootout title with Tom Hoge
Strydom ties course record to share Dunhill lead
Ads by Amazon
Ads by Amazon