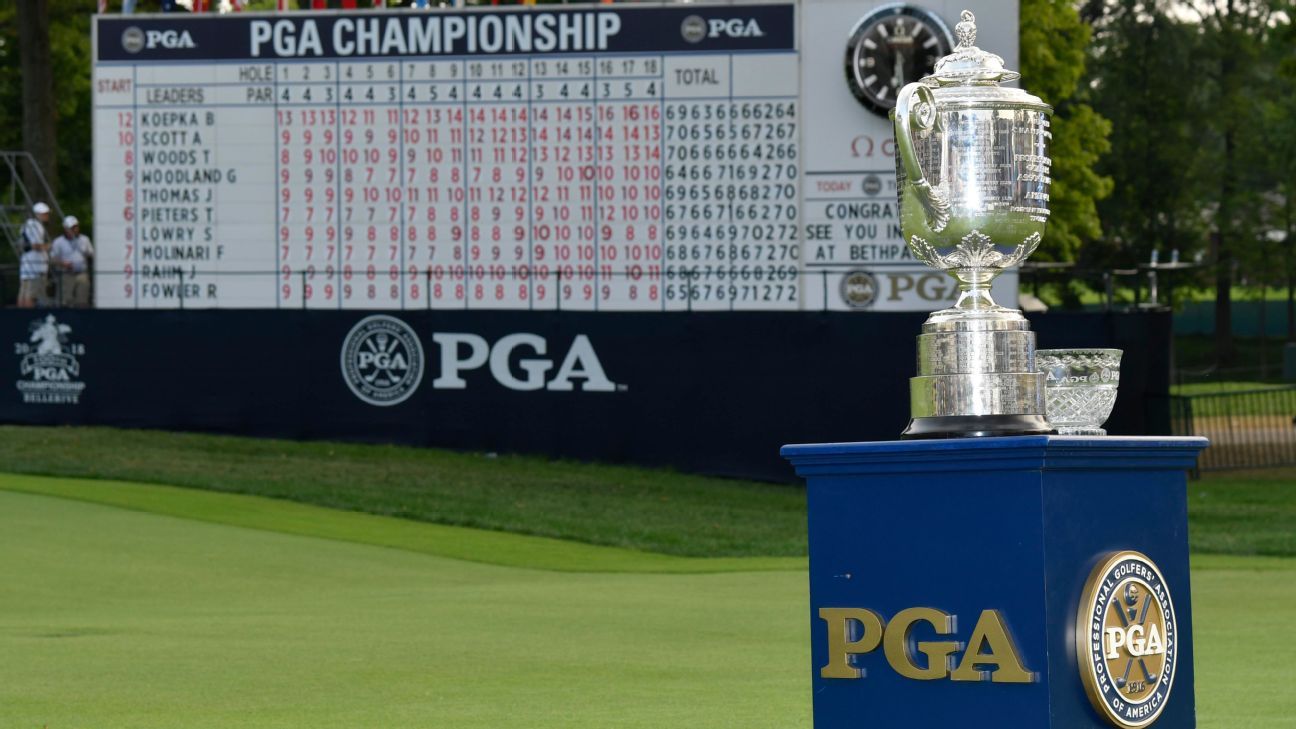 There are myriad reasons why golf’s governing bodies lock in their major championship venues years in advance. A good deal of planning is required to stage one of the four biggest tournaments of the year, not the least of which is making sure the course is up to top playing standards.

Other factors are involved, too, such as securing hotel rooms, volunteers, selling hospitality and tickets. It’s a multimillion-dollar endeavor.

That’s why the PGA of America’s decision on Sunday night to cut ties with Trump National Bedminster and move the 2022 PGA Championship to another venue might have been the proper one for the “brand” but comes with numerous questions.

Several possibilities have already been raised. Here are a few to consider.

Home to the PGA Championship in 1996, 2000 and 2014 as well as the 2008 Ryder Cup, this would be the easiest call for the PGA of America, which owns the venue. That lessens the financial burden on the organization, which played a PGA Championship in 2020 without spectators and had to postpone the revenue-heavy Ryder Cup by a year.

Designed by Jack Nicklaus, the course is already scheduled to host the 2024 PGA Championship, so some shuffling might need to take place. But Valhalla would seemingly be able to step in on what is short notice. It also offers better weather possibilities than other New York-area sites that could replace New Jersey’s Trump National Bedminster.

The course has already been awarded the 2030 PGA Championship and is set to host this year’s Senior PGA Championship. So the PGA of America has a solid working relationship with the club, which would make a quick turnaround easier. What might be problematic is having the Senior PGA and PGA Championship in such close proximity. Weather, again, might be in its favor.

The site of Brooks Koepka‘s 2019 PGA Championship win, the brutish public venue is battle-tested, having also hosted the 2002 and 2009 U.S. Opens. It is scheduled to host the Ryder Cup in 2025, so that could be a problem for the PGA. But if it is looking to keep the tournament in the New York area, Bethpage makes sense.

For the same reasons as Bethpage, this could be an option for the PGA because of proximity to New York. A staff had already been assembled in the area planning for the 2002 PGA at Bedminster. For logistical reasons, these venues could be considered. The site of Jimmy Walker‘s 2016 PGA win, Baltusrol has been awarded the 2029 championship as well.

The fact that Bellerive has not been tabbed for a future PGA already is interesting considering the monumental success that was the 2018 PGA won by Brooks Koepka. The St. Louis golf fans came in full force and would gladly return.

The venue that caused all of golf to require clubs hosting tournaments to have racial diversity (the PGA was played there in 1990) has come back into favor. It was the site of the 2018 U.S. Women’s Open. And it could work its way into the PGA Championship rotation, if not in 2022 then if there is some sort of shuffling of other venues.

This would be a makeup to the people of Northern California, who were denied an opportunity to attend the 2020 championship due to the pandemic. It seems unlikely, but Harding Park no longer has a Presidents Cup in its future, nor a PGA Tour event. It, too, might be worth shuffling into the rotation if other courses are rescheduled.