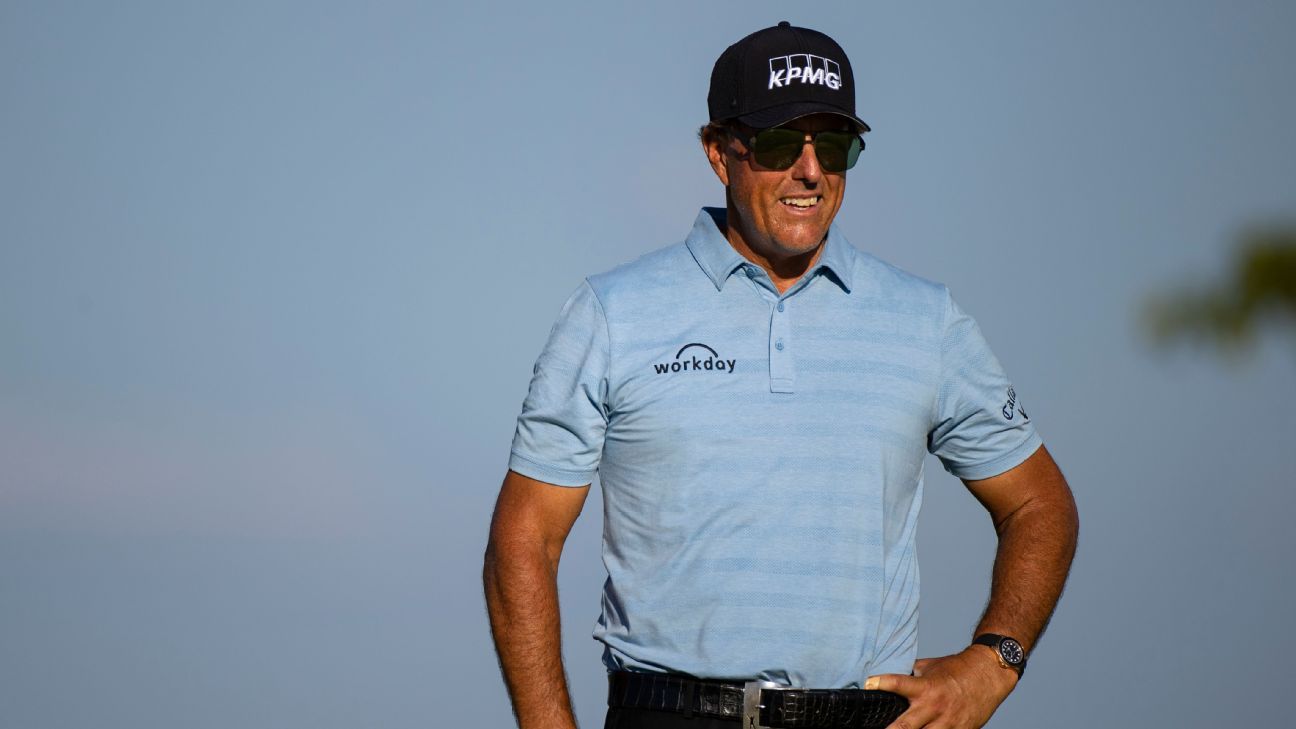 LOS ANGELES — Now that Phil Mickelson is not eligible for a World Golf Championship, he’ll go for a hat trick with the seniors.

The PGA Tour Champions says Mickelson is set to play the Cologuard Classic next week in Tucson, Arizona, where 30 years ago he became the last amateur to win on the PGA Tour.

Now, Mickelson has another slice of history in his sights. He will try to become the first player to win his first three tournaments on the PGA Tour Champions.

Mickelson made his debut on the 50-and-older circuit last August when he was eliminated from the PGA Tour postseason and was looking to stay sharp with the U.S. Open approaching. He won the Charles Schwab Series at Ozarks National in Missouri. Then, he won the Dominion Energy Charity Classic.

This will be the second PGA Tour Champions event of the year, and Mickelson will see some familiar faces.