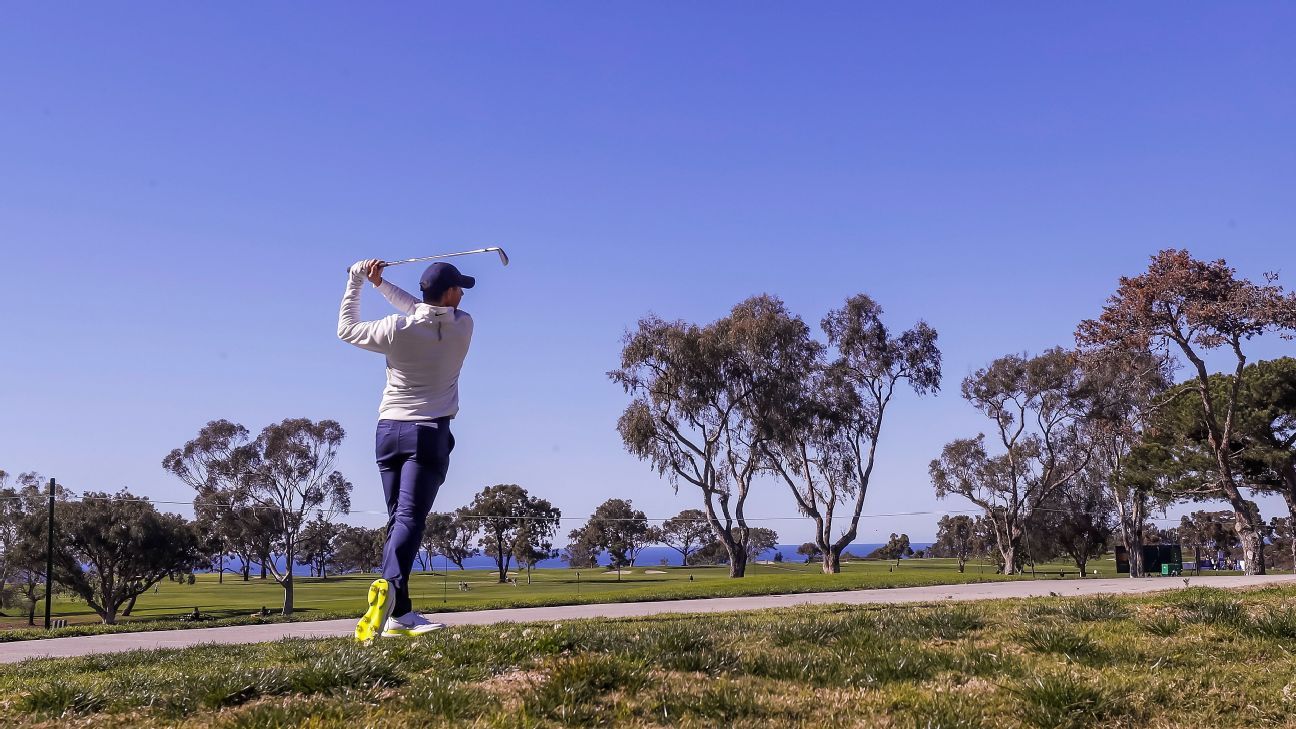 SCOTTSDALE, Ariz. — Rory McIlroy revealed new information Wednesday that explained why he thought his second shot on the 18th hole during the third round of the Farmers Insurance Open at Torrey Pines was embedded.

A volunteer stepped on the ball while searching for it but did not share that information with McIlroy, McIlroy told reporters Wednesday after playing nine holes in a pro-am at the Waste Management Phoenix Open. The volunteer emailed the PGA Tour on Monday to explain what they did.

“So, that’s why I took embedded ball relief, because it was an embedded ball, but I didn’t know it had been stepped on at the time,” McIlroy said during his virtual news conference. “So, obviously, the video came out on Sunday with my ball bouncing and then going in, and at that point I’m like, ‘Well, it must have went into its own pitch mark or something,’ because the ball was obviously plugged.”

The decision to take relief because he thought the ball was embedded wore on McIlroy after the tournament, in which he finished tied for 16th.

He went to bed Sunday night “questioning whether I had done the right thing after seeing the video,” which showed McIlroy’s ball bouncing once before resting.

“I sort of [said to myself], ‘Did I do the right thing? Did I play by the rules? Did I see something that wasn’t there?'” McIlroy said. “It was a bit of a rough Sunday night. I just started to doubt myself a little bit, which is not like me. But I was convinced that it was an embedded ball.”

Once he heard about the email, McIlroy felt a sense of relief that he made the right decision to seek relief given what he believed were the circumstances. Looking back on it, he joked that he nearly took the wrong relief, because he would’ve taken relief for a stepped-on ball, which allows the player to place the ball instead of drop it.

McIlroy’s issue with an embedded ball came after Patrick Reed dealt with a similar situation earlier in the third round. Both balls were seen on video replay bouncing. The difference was that Reed picked up his ball to see if it was embedded, then called a rules official over.

Reed took to Twitter on Saturday night to defend himself, referencing McIlroy’s similar situation. Another account, @useGolfFacts, posted an identical message several minutes later. When asked Wednesday about Reed — and the second account — tweeting at him and, by extension, dragging him into the digital conversation, McIlroy paused for a second.

McIlroy is playing in the Waste Management Phoenix Open for the first time in his career.

He had previous stayed away from the tournament because of raucous crowds at the TPC Scottsdale, but decided this was the year to finally play it with about 4,500 fans allowed in each day — down from the more than 700,000 fans the tournament typically attracted in the past.

McIlroy said a statistics analyst at TaylorMade has suggested playing TPC Scottsdale the past five years because the numbers showed the Stadium Course was a good fit for McIlroy’s game.

Having just played in San Diego, he was close by and decided this was the year to make a stop in Scottsdale.

“I haven’t won in 15 months, but I think I’ve played good enough golf to win or to at least challenge, which I have done a few times,” McIlroy said. “And, yeah, could take something like a new venue this week or a reenergizing with a few fans here that gets me over the line.”

This is both the wackiest and greatest par in the history of The Match
Hoffman, Palmer set 36-hole QBE Shootout mark
Theegala birdies last, takes home QBE with Hoge
Author Will Haskett examines the science behind golf | Golf Today | Golf Channel
Golf is hard | 2021 Arnold Palmer Invitational
Ads by Amazon
Ads by Amazon