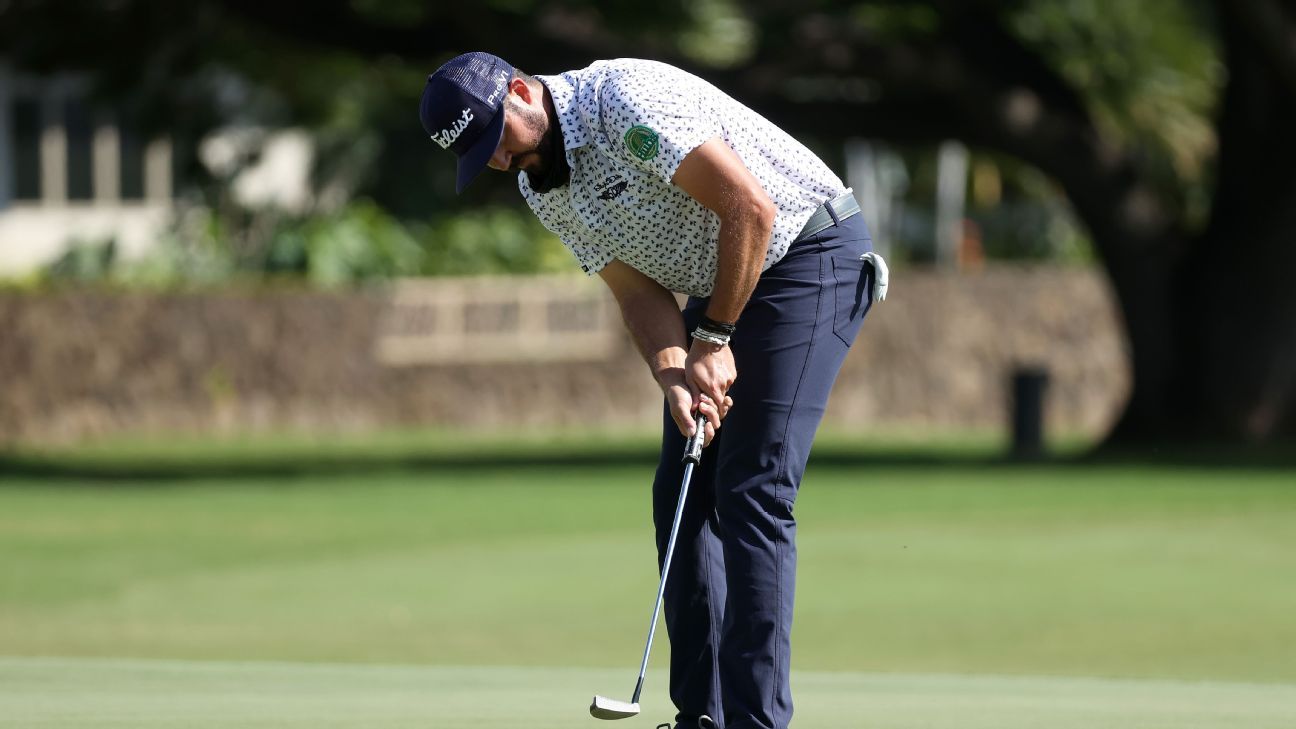 Mark Hubbard was having an awful day at The American Express and was headed toward a certain missed cut.

Since he struggled throughout his second round with the putter, he tried something a little different at the ninth, his final hole of the day.

You have to see it to believe it.

OK, maybe you need to see it again.

Hubbard needed 31 putts for a second-round 76, which left him well outside the cut line and 11 shots behind the leaders.

18 HANDICAPPER GOLF TIPS!
HOW FAR TO STAND FROM THE GOLF BALL
GOLF: Why Amateur Golfers Can’t Hit Driver Farther (BACKSWING)
This is both the wackiest and greatest par in the history of The Match
GOLF DRIVER SET UP KILLERS. golf basics with Mark
Ads by Amazon
Ads by Amazon