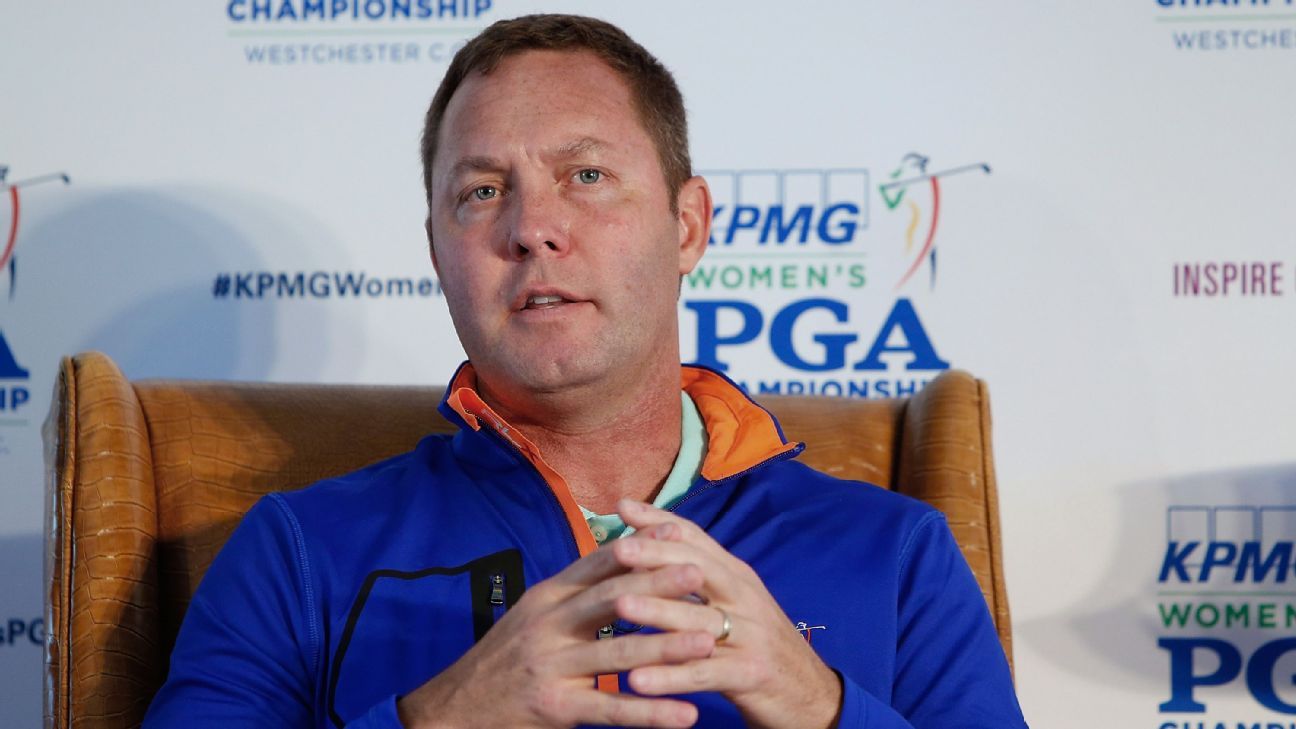 Mike Whan, who announced last month that he will be stepping down as commissioner of the LPGA Tour, has been named to replace Mike Davis as CEO of the United States Golf Association.

Whan, 56, who guided the LPGA for 11 years, will take over after Davis leaves the organization later this year to pursue a golf course architecture business. Davis announced his decision to leave late last year.

“Mike Whan is a proven, successful and transformative leader, not only in the golf industry but throughout his entire career,” USGA president Stu Francis said in a statement. “He has shown a unique ability to understand how the environment is changing in global golf and how to quickly and thoughtfully adapt an organization to meet those changes.

“Importantly, Mike is already a trusted peer for so many key stakeholders in the industry, and his existing relationships will not only help the USGA, but will also help advance the game.”

A former marketing executive with Procter & Gamble, Whan became LPGA commissioner in 2010 and oversaw an increase from 24 tournaments and $41.4 million in prize money to 34 events with $76.4 million this year. His tenure was the longest of any of the eight commissioners in LPGA history.

“As someone who grew up loving this game, I have always had a huge respect for the USGA and its role in leading our sport,” Whan said. “The game has given me so much throughout my life, both personally and professionally. I know I have a lot to learn, but I’m truly excited about this role, as it gives me the opportunity to not only give back to the game, but to also work hard to leave it stronger.”

When he announced Jan. 6 that he would be leaving the LPGA, Whan said he believed the organization was set to move on without him, especially after he saw the way things came together to put together a schedule last year in spite of the coronavirus pandemic.

“If I’m honest with you, watching us work through the pandemic of 2020 was the visualization I needed to know that it was not only time, but it was right,” Whan said. “I watched my team take over in 2020. And I think five years ago, pandemic hits, Mike Whan probably does much of the taking over.”

Davis joined the USGA in 1990 as assistant manager of championship relations and in 1997 was named U.S. Open championship director, later assuming responsibilities as senior director of rules and competitions in 2005. From that point on, Davis’ main responsibility was the setup of U.S. Open courses, and he kept the role even after being named the USGA’s executive director in 2011. He became chief executive officer in 2016.

“It’s just the right time for me,” said Davis, who will join Tom Fazio II later this year in a joint golf course architecture venture, Fazio & Davis Golf Design. “I’m in a really good place. Part of me will indeed be sad because I’ve grown up in this organization, but I’m excited about the future. The USGA’s in a great place. And I think the game is moving in the right direction.”

In addition to staging 14 championships — including the U.S. Open, U.S. Women’s Open, U.S. Senior Open and the U.S. Amateur — the USGA is the rules governing body for the United States and Mexico.