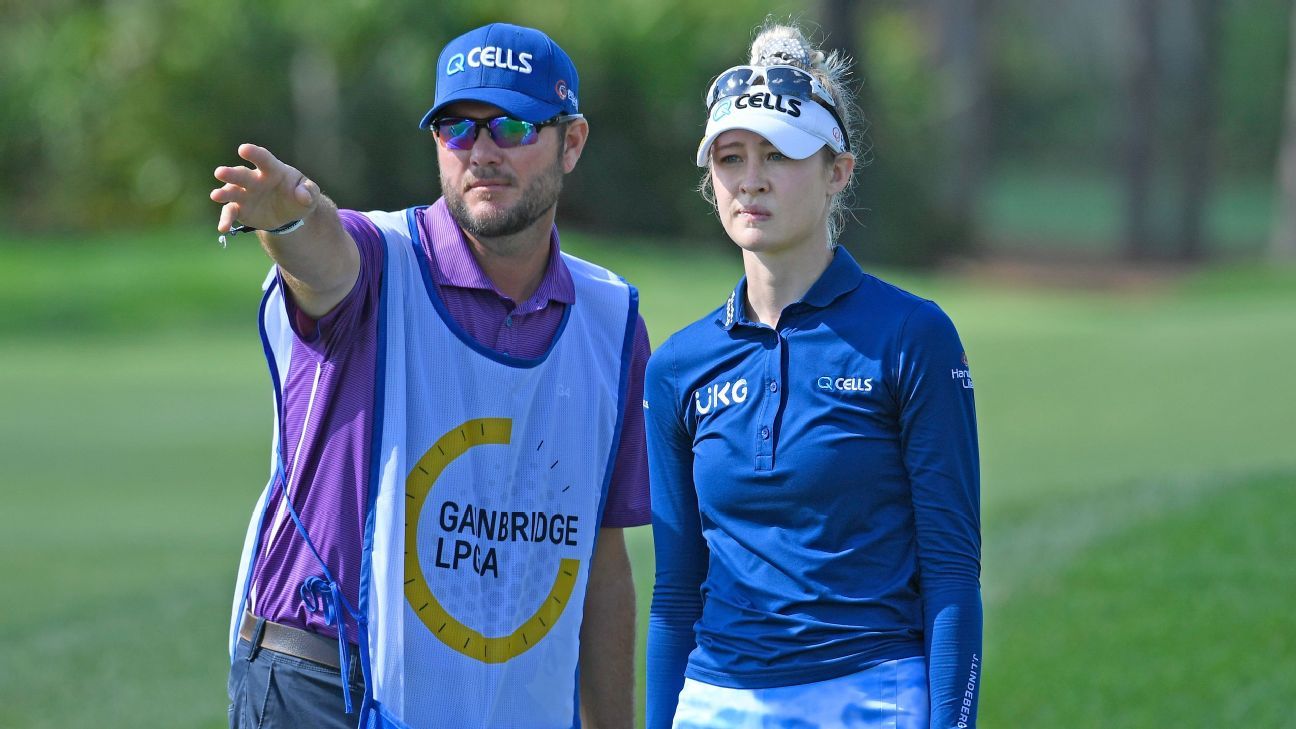 ORLANDO, Fla. — Nelly Korda seized control with three early birdies and finished with 12 straight pars for a 3-under 69 to win the Gainbridge LPGA on Sunday, giving the Korda family two victories to start the season.

Korda won for the first time on American soil _ her other three LPGA wins were in Australia and twice in Taiwan _ and the first time with her parents watching. Her father, Petr Korda, is a former Australian Open tennis champion.

On the other side of the course, Annika Sorenstam wrapped up her return after more than 12 years of retirement with a par on the ninth hole for a 76, finishing last among the 74 players who made the cut. The 50-year-old Swede was making this one-time appearance because Lake Nona has been her home course for two decades.

“I’m just thankful being here, playing here and being able to make the cut,” Sorenstam said. “I think I never gave up, even though it was not really going my way and I wasn’t hitting as well as I should be to be out here. The purpose was to get some tournament rounds, and I did that.”

She has said she plans to play the U.S. Senior Women’s Open this summer and she’ll need to get sharp, though Sorenstam said preparing for that would not include another LPGA event.

“I have so much respect for these players,” she said.

Sorenstam finished 29 shots behind Korda, who won by three over Lexi Thompson and Lydia Ko.

Korda, who finished at 16-under 272, began the final round with a one-shot lead over rookie Patty Tavatanakit, the former UCLA star who fell back quickly and wound up with 74 to tie for fifth.

There wasn’t much drama on the final day. Korda made sure of that with a steady diet of pars and picking up enough birdies when she needed them. That doesn’t mean it was easy.

“Honestly, I did not play very good golf today, and I just stayed really solid,” Korda said. “I don’t even know what I did. It was definitely very stressful.”

Ko, a former world No. 1 trying to end nearly three years without winning, had a 69. Thompson closed with a 68.

Jin Young Ko, the current No. 1, took bogey on the par-5 second hole and dropped too many shots along the way to mount any sort of a rally. She shot 71 and finished fourth.