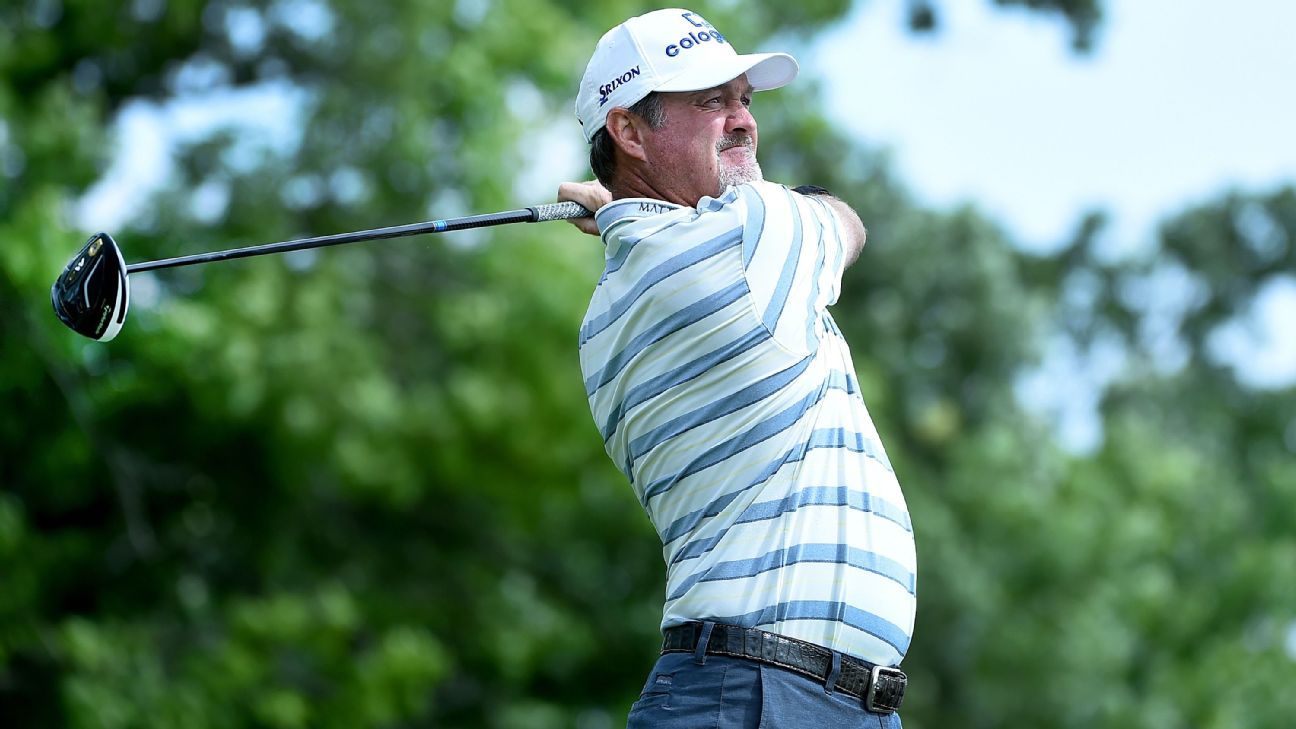 Kelly birdied the 18th for a 5-under 67 to match Clarke at 13-under 131 with a round left in the first PGA Tour Champions event of the year.

“You strive to be in the last group,” Kelly said. “That’s what we’re out here for.”

Clarke had a 68, rebounding from a bogey on the 11th with four straight birdies.

“I just didn’t really have it today, to be honest with you,” said Clarke, the former British Open winner from Northern Ireland. “Goose played really, really nicely and he just struggled on the greens a bit. He just had a tough day on the greens. He was playing nicely. So I was just trying to hang on a little bit, and then hit a few better shots on the back nine obviously. Holed a couple putts as well.”

Goosen followed his opening 63 with a 71. He bogeyed the final two holes.

“Just couldn’t make a thing,” said Goosen, the two-time U.S. Open champion from South Africa. “Lost sort of my speed on the greens quite badly today, and if you have the wrong speed you can’t make anything.”

“Much needed to go fairly low and then it just kept getting better and better,” Couples said. “I hit a wicked 3-wood on 14 and curved it up on the green. It rolled about 30 feet and made it for eagle. It was a really good round.”

Charles Schwab Cup leader Bernhard Langer was 9 under after a 67. The 63-year-old German star is a three-time winner of the tournament.

The tournament is the first of the year, but the season is a continuation from last year because of the COVID-19 pandemic that shut down the tour for four months. It is being played for the 25th straight season at Hualalai Golf Course, the longest run for a venue in PGA Tour Champions history.

I CAN’T BELIVE I ENDED UP GIVING A GOLF LESSON DURING A BATTLE GOLF MATCH…PART 2
Golf is hard | 2021 Arnold Palmer Invitational
Burmester takes early one-shot lead at Dunhill
A preview of 2023? Sahith Theegala sure hopes so after pulling out the QBE Shootout title with Tom Hoge
Fan sits on Danny Willett’s golf ball | 2022 Betfred British Masters
Ads by Amazon
Ads by Amazon