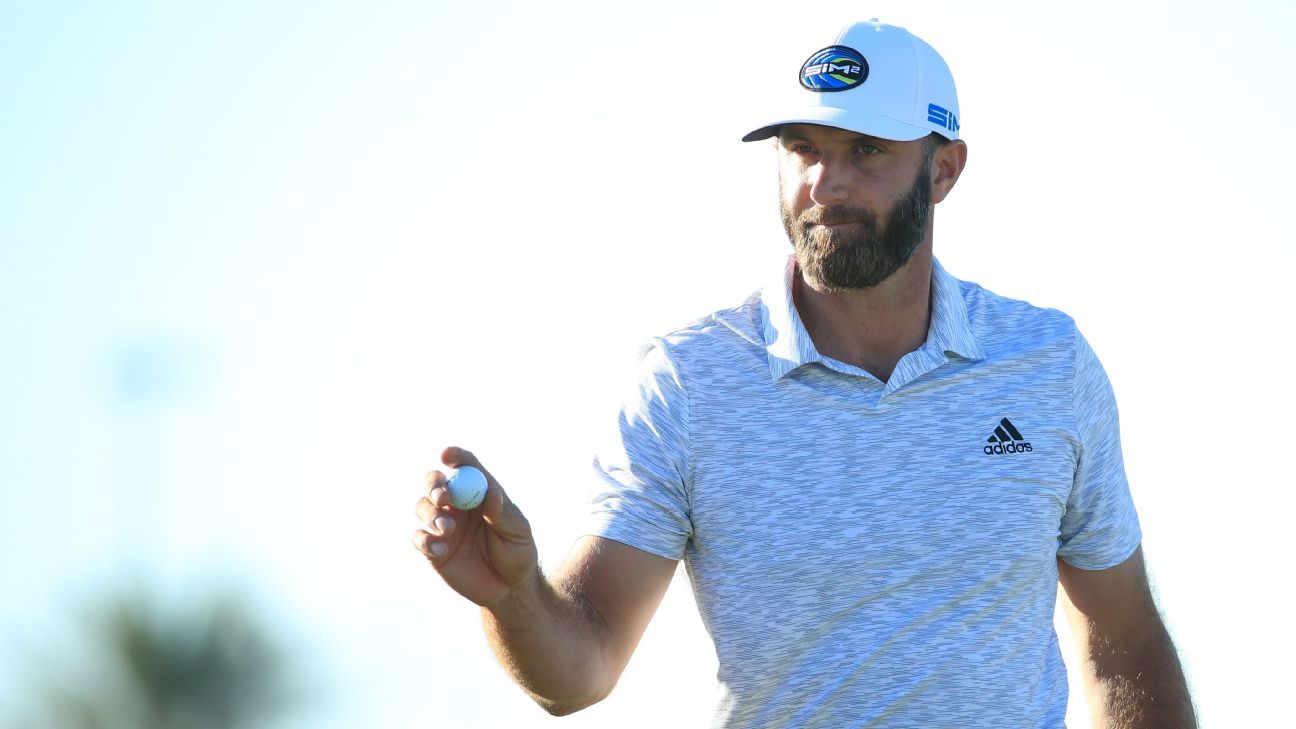 American Dustin Johnson carded a four-under-par 66 in the third round to go 13-under overall and take a two-shot lead at the Saudi International on Saturday.

Despite a double-bogey on the par-four 13th when he found the water, Johnson recorded six birdies to stave off the challenge of Frenchman Victor Perez who shot an error-free 66 with four birdies.

Johnson had an opportunity to make amends for the double bogey with an 11-foot eagle putt on the 18th but watched as it agonisingly missed the cup for the 36-year-old to settle for a birdie.

“It was a good finish,” he said. “I felt like I played really well all day, other than 13, but I didn’t think I hit that bad a shot,” Johnson said, who now has 11 under-par rounds in a row at the Royal Greens Golf and Country Club course.

“I drove it well and hit a lot of really good iron shots in there to give myself a lot of good chances at birdie. Didn’t hole a whole lot of putts but finishing nicely definitely helped the day out.

“It’s always good to win no matter when it is … It’s a really good field. I’d definitely be very pleased. It’s a pretty big golf tournament, and it will definitely give me a lot of confidence for the rest of the year.”

Englishmen Tyrrell Hatton and Andy Sullivan, American Tony Finau and Dane Soren Kjeldsen are tied for third at 10-under overall, while Sergio Garcia made gains with a third round-best 64 to move up to seventh alongside six others.

Johnson, who won the inaugural edition of the event two years ago, will be looking to win his ninth title on the European Tour on Sunday.