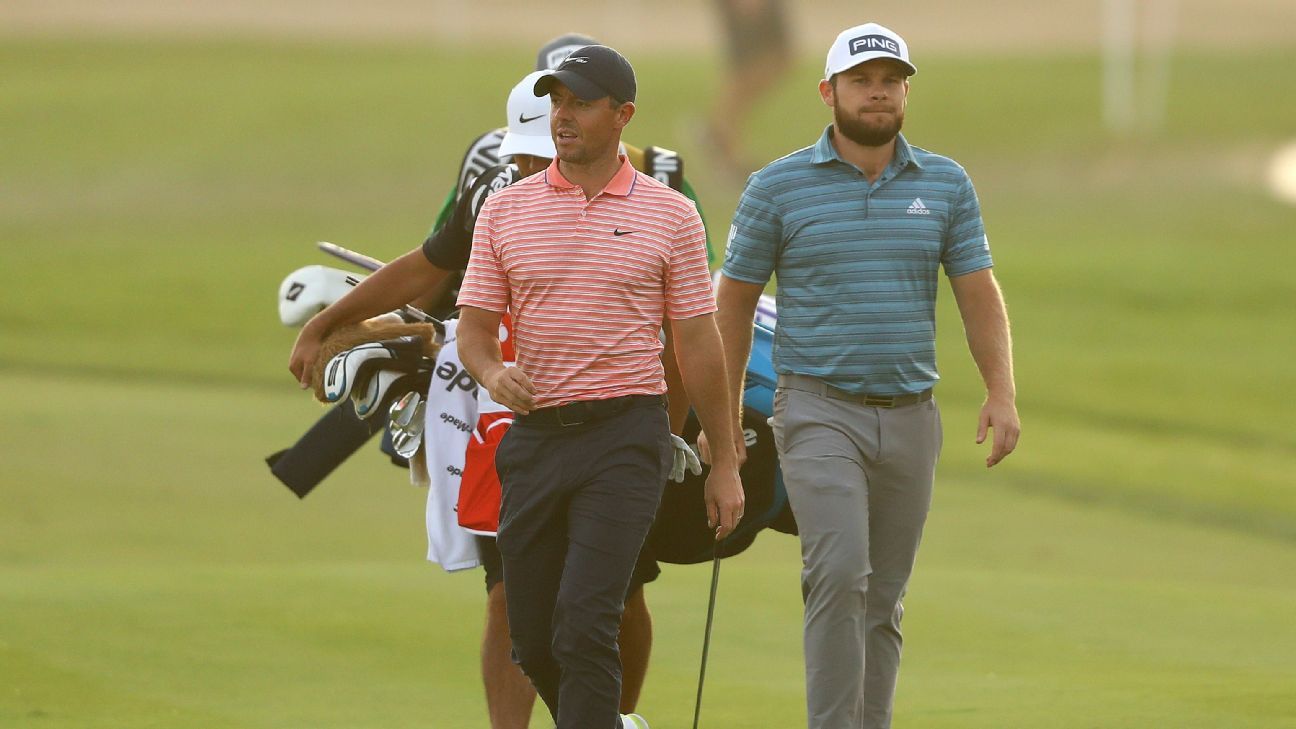 ABU DHABI, United Arab Emirates — Englishman Tyrrell Hatton shot a sparkling 6-under par in the final round on Sunday to win the season-opening Abu Dhabi Championship by four strokes after overnight leader Rory McIlroy faded with an uninspired even-par 72 to drop into third.

Hatton carded a closing 66 to finish 18 under par and secure a sixth European Tour title, a victory that will go a long way towards securing a second Ryder Cup appearance in September.

Australia’s Jason Scrivener recorded an eagle and five birdies in a back nine 29 to claim second place on 14 under, with McIlroy a shot further back following a disappointing final round.

McIlroy held a one-shot advantage at the start on Sunday and doubled his lead thanks to birdies on the second and third, but three-putted the fourth and also dropped a shot on the par-five eighth following a poor drive.

Playing partner Hatton matched McIlroy’s birdie on the second and also picked up shots on the seventh and ninth to reach the turn with a two-shot lead.

McIlroy looked certain to close the gap when he found the par-five 10th in two, inches closer to the hole than Hatton was in three, but Hatton holed from 35 feet for an unlikely birdie and McIlroy two-putted for his.

A bogey on the 11th dropped McIlroy further off the pace and Hatton made certain of victory with birdies on the 13th and 16th.

McIlroy now has four second-place finishes, four thirds and a fifth in his last 10 starts in Abu Dhabi, but will be disappointed at failing to claim his first win since November 2019, especially after starting with a superb 64.

The Abu Dhabi Championship begins a run of three events in the “Gulf Swing” – the Dubai Desert Classic and the Saudi International come next.

This is Why I Never Start with the Club Behind the Golf Ball
Why You Slice – Easy Release Fix! | WINTER PROJECT (Ep. 6)
Today at The Open | Final Practice
3 Simple Tips To UNSTUCK Your Swing! || Arm Connection
A surprise from Tom Watson! | Priceless Moments with Mastercard
Ads by Amazon
Ads by Amazon