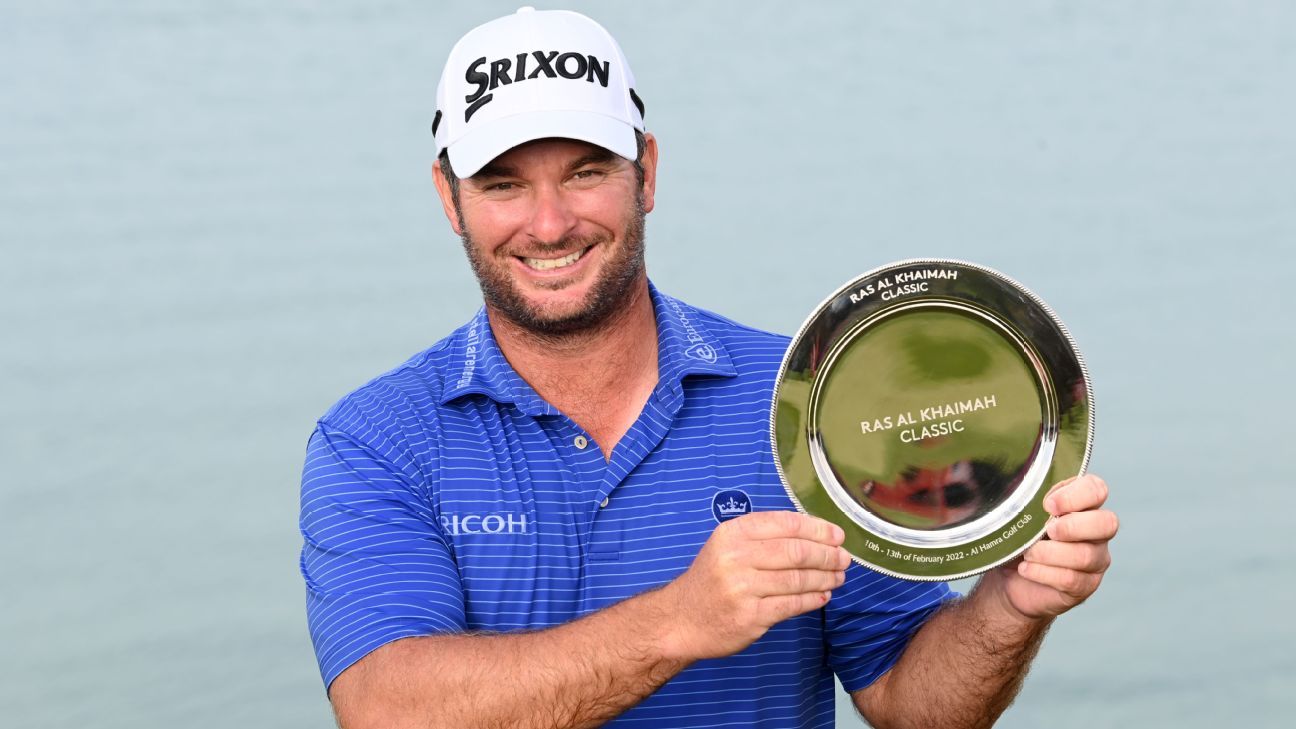 Ryan Fox secured the biggest title of his career by winning the Ras Al Khaimah Classic by five shots on Sunday.

It was the 211th-ranked New Zealander’s first victory in a 72-hole format on the European tour.

His only other title was in a Super 6 tournament in 2019 that featured a six-hole knockout format following 54 holes of strokeplay.

Fox went into the final round in Abu Dhabi with a six-shot lead — on 19 under — and a load of nerves.

He bogeyed two of his first six holes to allow the field to close in, but played the final 11 holes in 4 under and wound up shooting 3-under 69 for 22 under overall.

Ross Fisher finished in second place after a closing 66 at Al Hamra Golf Club, the latest stop on the tour’s “Desert Swing.”