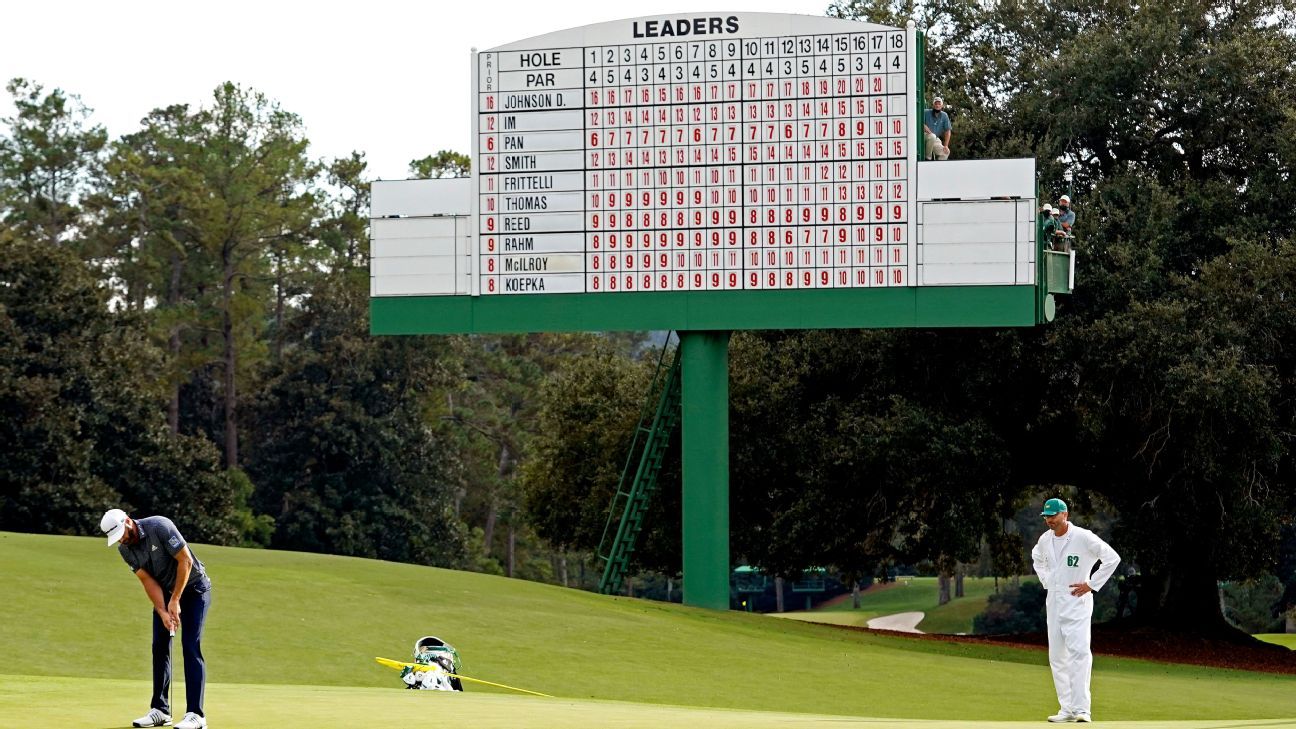 With all that’s happened in golf, from Tiger Woods‘ car crash to Jordan Spieth‘s resurgence to Brooks Koepka and Dustin Johnson winning again, it’s almost hard to remember another Masters is almost here.

But it’s one month from Masters week, with the tournament at Augusta National back in its traditional April spot after being forced to November in 2020 because of the coronavirus pandemic.

The hope is that some normalcy returns to Augusta National and the Masters this time around. The azaleas and some of the patrons will be back, instead of the emptiness and fall foliage from a few months back.

Here’s a look at everything you need to know as we get closer to the honorary tee shots to start the 85th Masters.

The serious car accident that Woods was involved in on Feb. 23 ended all speculation about his participation in this year’s Masters. Even before the accident, there had been some doubt about whether he’d be ready for Augusta National because of yet another back procedure on Dec. 23. In a televised interview two days before the crash, he told CBS’ Jim Nantz, “God, I hope so” in response to a question about whether he’d be ready for this Masters. Quickly, though, golf became secondary after Woods had to be hospitalized and needed surgery to deal with significant leg injuries. He is not expected to leave the hospital for some time, and his ability to attend the Champions Dinner on April 7 would appear to be next to impossible.

Last fall, Woods became emotional when talking about his drive to the club for the dinner, knowing as defending champion it might be the last time he would be off the property with the green jacket.

“Tuesday was a long, tough day for me,” Woods said when referring to the day of the dinner.

Woods struggled to stay in contention in November. Then, on Sunday, he recorded his highest-ever Masters score — a 10 — on the par-3 12th hole en route to a closing 76 and a 38th-place finish.

The way Dustin Johnson has played for most of the past six months, his brief time with the green jacket might be extended.

The No. 1-ranked player in the world had a rare bad week at the WGC-Workday Championship; an opening 76 and finishing 78 resulted in a 54th-place finish. It was the first time he had finished worse than 12th since July. In that stretch, he had three wins and won the FedEx Cup title.

The poor showing at The Concession should hardly be a concern for Johnson, who seems to find his form quickly after things go poorly. His six-month hot streak came after a missed cut and a withdrawal after one round at the 3M Open. He’s expected to compete in the Players Championship and the WGC-Dell Technologies Match Play prior to the Masters.

Bryson DeChambeau has backed off the milkshakes. He’s not as obsessed about gaining weight as he had been last year. He’s tried to get a bit leaner while retaining strength. But he still wants to hit the ball a long way. That has not changed.

No longer experimenting with a 48-inch driver, DeChambeau said last week that he is working with technology that will help him avoid some of the big misses that have plagued him of late.

“In a couple of weeks I’ll have some interesting stuff that will hopefully help mitigate some of those errors at high speeds so I can swing it fast again,” he said.

DeChambeau was the talk of golf heading into the Masters in November. But his showing was largely a dud: He played with Bernhard Langer, 63, in the final round, and the two-time Masters champ posted 71 to DeChambeau’s 73 despite routinely being 80 yards behind. DeChambeau finished 34th.

Since his six-shot U.S. Open victory at Winged Foot, DeChambeau has cooled off. He’s slipped from fifth in the world to 10th. Last week, he opened the WGC-Workday Championship with a 77 — then followed with a 64.

It will be smaller than it was for the fall Masters, down from what started as 96 players in 2020. The April version will likely fall a bit lower than 90. With more daylight in the spring, the Masters can return to a single-tee start with threesomes; in November, players went off No. 1 and No. 10.

The gregarious longtime caddie and ESPN golf analyst Michael Collins journeys across the country, covering the tour in a magazine-style format and mixing in features and interviews with the sport’s biggest stars.Stream now on ESPN+

The tournament is going by an invitation criteria as if it had been played a year ago. That means any player who won an event from the restart in June through the Valero Texas Open gets an invite. The Arnold Palmer, Honda Classic, WGC-Match Play and Valero are the last chances to earn a way into the field. The top 50 in the Official World Golf Ranking not otherwise in the field as of the Monday following the Match Play will also get an invite.

The field is now at 85 players. That does not include Woods. It does include past champions Angel Cabrera and Trevor Immelman, who did not play in November. The field also has just three amateurs, which would be the lowest number ever for a Masters. The world top-50 cutoff could include Will Zalatoris and Robert MacIntyre.

He won the first event after golf started back up following the three-month COVID-19 shutdown. That victory at the Charles Schwab Challenge, though, did not get him a Masters invite because he was not eligible at the time play was halted at the Players a year ago. Berger stewed over that, being one of the top players in the world and having to sit out a major championship. By the time the Masters was played in November, he was in the top 15. But he was just 106th after his last event prior to the shutdown. But he’s in the field this time and coming off a recent win at the AT&T Pebble Beach Pro-Am.

Once again, he will head to Augusta National trying to get that last piece of his career Grand Slam. The search is now going on seven years. McIlroy effectively shot himself out of the tournament on the opening day last year before slowly crawling his way back to a tie for fifth. Nobody was likely to haul in Johnson last year — he shot a record 20 under and won by five — but McIlroy’s opening 75 made it impossible. Once again, because of the Slam chase and because of his stature in the sport, he will be part of the conversation.

There was considerable intrigue over how Augusta National would play in the fall. That conversation was washed away by substantial rain on the first day of play. Although the bad weather cleared out after that, the course never got firm or fast — in truth, even without the rain, it might not have been very firm because of the lack of time for the ryegrass overseed to take hold. Now weather can play a role once again. It’s been awhile since there has been a truly firm and fast Augusta National. But don’t expect record-setting scores like the number Johnson posted in November.

Only a smattering of members, spouses and media were permitted on the grounds in November. And while that provided some unprecedented sight lines, the roars were missing. That took away from the event. How much of that will be back next month is unclear. Augusta National announced in April it would have limited patrons on-site for practice days and the tournament rounds. The club said it would contact its registered ticket holders to say whether they would be able to attend — or offered a refund or deferral of tickets to 2022.

But the club never said how it would go about this, nor did it announce how many people it would be permitting. Players are getting four guest badges, as are members. The Berckmans Place hospitality venue off the fifth hole will be used but with limited numbers. The main merchandise building off the first fairway, closed last year, will be open this time around.

So does that mean 5,000 or so on property per day? It’s really a guess, since no firm information has been released. Whatever the number, it will look and sound different than it did in November.

The Augusta National Women’s Amateur on the Saturday before the Masters and the Drive, Chip & Putt the following day were wiped out in November. They are both returning this year.