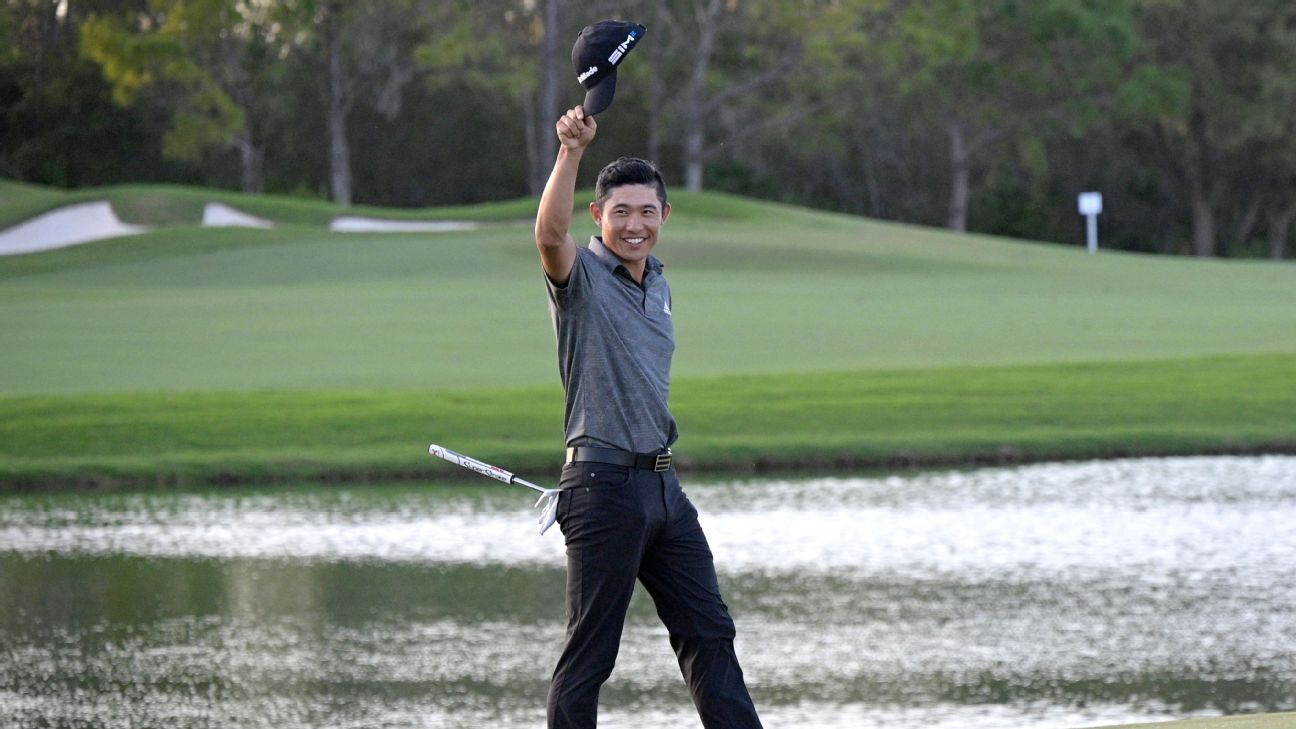 A year ago, the Players got one round in before the world stopped. But now, the best field in golf is back at TPC Sawgrass, with players searching for both a prestigious win and a huge paycheck of $2.75 million.

Here’s who our experts think takes home the trophy and the cash:

Matt Barrie, ESPN
Winner: Collin Morikawa
Why he’ll win: When Morikawa won the PGA Championship last year, he gave notice to the golf world that the discussion about this brilliant ball striker from Cal was true. Then he backed it up with a WGC win this year, joining Tiger Woods as the only player to win a major and a WGC event before age 25. I really believe he will be a consistent force in 2021, with multiple wins. His distance is long enough, and his irons are perfect for Pete Dye’s Sawgrass challenges. You can add Players champion before age 25 to Morikawa’s resume. This is his week.

David Bearman, ESPN Sports Betting
Winner: Adam Scott
Why he’ll win: While others smartly pick favorites, I am going to roll with a 55-1 shot in Scott. The Aussie has flat out owned playing in Florida, tied for the most victories (3) in the Sunshine State since 2004. According to the PGA Tour, his 1.53 shots gained: tee-to-green is best among all players with 50 or more rounds in Florida over the past decade. He has four top 10s at Sawgrass, including a win in 2004.

Michael Collins, ESPN.com
Winner: Jason Kokrak
Why he’ll win: TPC Sawgrass is a perfect course for Kokrak. He can take advantage of his length when he needs to and still play conservative when necessary. Where Kokrak will thrive is on the greens. The putter has been his greatest source of confidence this year — and it will continue to be this week.

Michael Eaves, ESPN
Winner: Viktor Hovland
Why he’ll win: Over his past five starts he has three top 5s — two of those were T-2s. His game is just begging to claim another trophy. Why not the Players?

Chris Fallica, ESPN Stats & Information
Winner: Scottie Scheffler
Why he’ll win: It’s too easy to settle on a top-10 name here, so let’s go a little further down the board. Scheffler is still searching for his first PGA Tour win, but he’s been very close in some very big events. He brings some good form into his first Players, and at some point it will all click. It could be this week for Scheffler, who is 13th in birdie average and top 25 in greens in regulation and driving accuracy.

Charlotte Gibson, ESPN.com
Winner: Jon Rahm
Why he’ll win: Two years ago at the Players, Rahm stumbled. And he stumbled hard, turning a 54-hole lead into a closing 76 and a tie for 12th. There’s no denying that. But, one big stumble can’t define a young player’s career. Rahm has been dominant and consistent over the past six months. It feels like it’s time for a big win — and a redemption — here for the Spaniard.

Bob Harig, ESPN.com
Winner: Xander Schauffele
Why he’ll win: He is a very quiet fifth-ranked player in the world who has not won in more than a year. But Schauffele is the perfect Sawgrass player who can go long or play precision. He’s been top 5 in six of his past 10 worldwide starts. He is due.

Doug Kezirian, ESPN Sports Betting
Winner: Justin Thomas
Why he’ll win: He has finished in the top 15 in eight of his past nine tournaments, which includes the U.S. Open and Masters. Plus, this event continues to churn out first-time champions (outside of Tiger Woods). J.T. has the highest birdie average in 2021 and now just needs to deliver.

Peter Lawrence-Riddell, ESPN.com
Winner: Viktor Hovland
Why he’ll win: Yes, Hovland doesn’t have much of a track record at The Players, playing just one career round in 2020 before the event was called off. But he did fire a 67 in that one round, which should give the 23-year-old some extra confidence heading into the event this year. He’s currently third on Tour in money and FedEx Cup points and ranked 13th in the world. He stumbled in the last two rounds at the Arnold Palmer Invitational, where he finished T-49. Before that, he had three top 5s, so he heads to Sawgrass in good form. He’d be the second-youngest player to win the event behind Si Woo Kim, who won it at 21 in 2017.

Anita Marks, ESPN Sports Betting
Winner: Collin Morikawa
Why he’ll win: Morikawa continues his hot Florida swing, fresh off a win at the WGC. He is dialed in with his short game and his new “saw” putting grip, courtesy of Mark O’Meara. It will keep him at the the top of the leaderboard on Sunday. He checks all the metric boxes needed to win at TPC Sawgrass — first in strokes gained on approach, fourth in greens in regulation, third in strokes gained tee to green, 14th in par-4 scoring birdie or better and 13th in driving accuracy this season.

Nick Pietruszkiewicz, ESPN.com
Winner: Jordan Spieth
Why he’ll win: Yeah, this might be a bad idea, but he’s got to break through somewhere, right? He hasn’t won in more than three years, but after a long search, it seems he’s located his game. He’s posted four consecutive top 15s — three of which were top 5s. The problem, as it has been for a long time, is the weekend. In those four events, when he had a chance to win each time, he has not posted a number in the 60s in any of those final rounds. This week, that changes.

Mark Schlabach, ESPN.com
Winner: Jon Rahm
Why he’ll win: The Spaniard and former world No. 1 is more than ready to win his first major — or, in this case, golf’s unofficial fifth major at TPC Sawgrass. At the 2019 Players, he fired a third-round 64 (playing the final 10 holes in 7 under), one shot shy of tying the course record, to grab the solo 54-hole lead. He faded down the stretch on Sunday and finished tied for 12th. If his putter gets hot, he’ll finish the deal this week.

Marty Smith, ESPN
Winner: Jordan Spieth
Why he’ll win: As the great managerial philosopher Lou Brown so eloquently stated in Major League, moments after “Wild Thing” Vaughn got some Oakland A’s extra wearing No. 27 to pop up to Jake Taylor — “It’s startin’ to come together, Pepper! It’s startin’ to come together!” It’s starting to come together for Jordan Spieth. He’s been through it. His game left him, but he kept grinding. I admire the determination to walk through the mud to get to the tulips. (Tulips are a symbol of hope and trust in the future). His game is starting to blossom again. He’s gone from 92nd in the world — 92nd! — to being disappointed that he didn’t win the Arnold Palmer Invitational. That’s a long road, my friends. You can see the confidence in his gait. The man’s starting to feel it again.

Curtis Strange, ESPN
Winner: Collin Morikawa
Why he’ll win: Because position off of the tee to set up best angles to those tricky greens is the priority for the week. He is a smart, intelligent, and patient player who is playing extremely well.

Tom VanHaaren, ESPN.com
Winner: Collin Morikawa
Why he’ll win: Morikawa is going to ride the momentum from a win at WGC and win The Players. It seems like he’s gaining more confidence and he’s finished top-seven, including a win, in three of the last four tournaments played this calendar year.