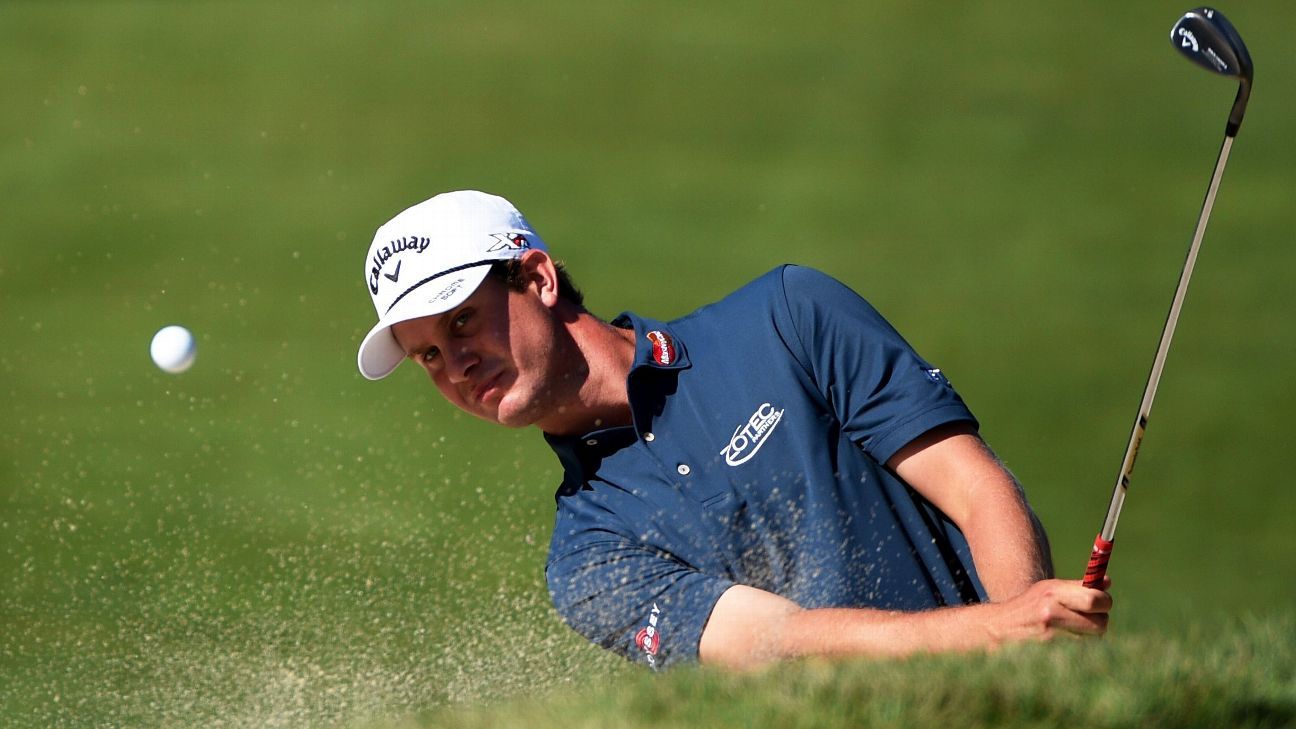 English finished with a 10-foot birdie to cap off an ideal Friday of low scores and whale watching at the Sentry Tournament of Champions. His 6-under 67 gave him a two-shot lead over a quartet of players that includes defending champion Justin Thomas.

Even with a lead, it feels as though the first PGA Tour event of the year is wide open. With virtually no wind, rare for the Plantation Course at Kapalua, scores remained low and several players were stacked up behind him. Among them was Masters champion Dustin Johnson, who hit it close enough all round to make a few putts in his round of 65.

“Felt like I got back in the tournament a little bit,” said Johnson, playing for the first time since his Nov. 15 victory at Augusta National.

English is among 16 players at the winners-only event who didn’t win last year. Because of the COVID-19 pandemic that wiped out three months on the tour schedule, anyone who reached the Tour Championship qualified this year.

English, whose most recent victory was just over seven years ago at the Mexican resort of Mayakoba, did everything but win. He was No. 369 in the world when he lost his full card, played his way into East Lake and now is among the top 30 in the world. All he lacks is a victory.

“I know it’s going to happen,” he said. “I keep putting myself in these positions. I’m playing well enough to just let it happen and get out of my own way, and I love Sunday when it comes down to the final stretch. I love being in that moment.”

There was a lot to love about Friday, when English rarely felt any stress. On the seventh tee, he held out his arm to the right when Thomas teed off, and it looked as though he were indicating the direction of the shot. Instead, he was pointing to the whale show in the Pacific, a pair of humpbacks splashing their fins.

“It looked like he was doing back flips in the ocean,” English said. “It’s very relaxing here and it’s probably one of the most beautiful views I’ve ever seen in my life. Growing up in south Georgia you don’t get to see stuff like this.”

Thomas tried to keep his aloha spirit on the back nine. He had a one-shot lead at the turn, missed a short birdie chance on the par-3 11th and then struggled to keep it in play. A drive to the left in the native grass kept him from a good birdie opportunity on the short 12th. He hit another one to the left into high grass on the 13th and made his first bogey.

Thomas also failed to convert chances on the next four holes, and the 18th was looking grim when he missed a long iron and came up 40 yards short, a perilous spot with a front pin and the grain running hard toward the back. He clipped a sand wedge and it was about to go too far when it hit the pin and dropped 3 feet away. He made that for his only birdie on the back nine and shot 69.

“I truly don’t think I’ve ever had a round where I’ve putted it so well and nothing has gone in,” he said. “I mean, I holed nothing for how well I was hitting my putts and the speed I wanted to hit them. They just weren’t going in, so that was a little frustrating. The good thing is it was Friday and not Sunday and I’ve got two days to figure it out.”

This is not a time to be going backward with 16 players separated by four shots going into the final 36 holes.

Xander Schauffele holed an 80-foot eagle putt on the 18th for a 66 and was in the group at 11-under 135 that included Patrick Reed, who had a 68. Another shot behind was the group that included Johnson, Jon Rahm (66) and U.S. Open champion Bryson DeChambeau (67).

“It’s going to be a race to the finish,” Palmer said.

The average score was 68.29, the lowest since the tournament moved to Kapalua in 1999. Hideki Matsuyama was the only player from the 42-man field who was over par through two rounds.

It was hard to make big numbers with no wind and a lush course. Webb Simpson, who recovered from COVID-19 just in time to make it to Maui, certainly tried. He lost two balls on consecutive tee shots on the back nine, Nos. 13 and 14, and dropped three shots. He still shot 67 and was five behind.