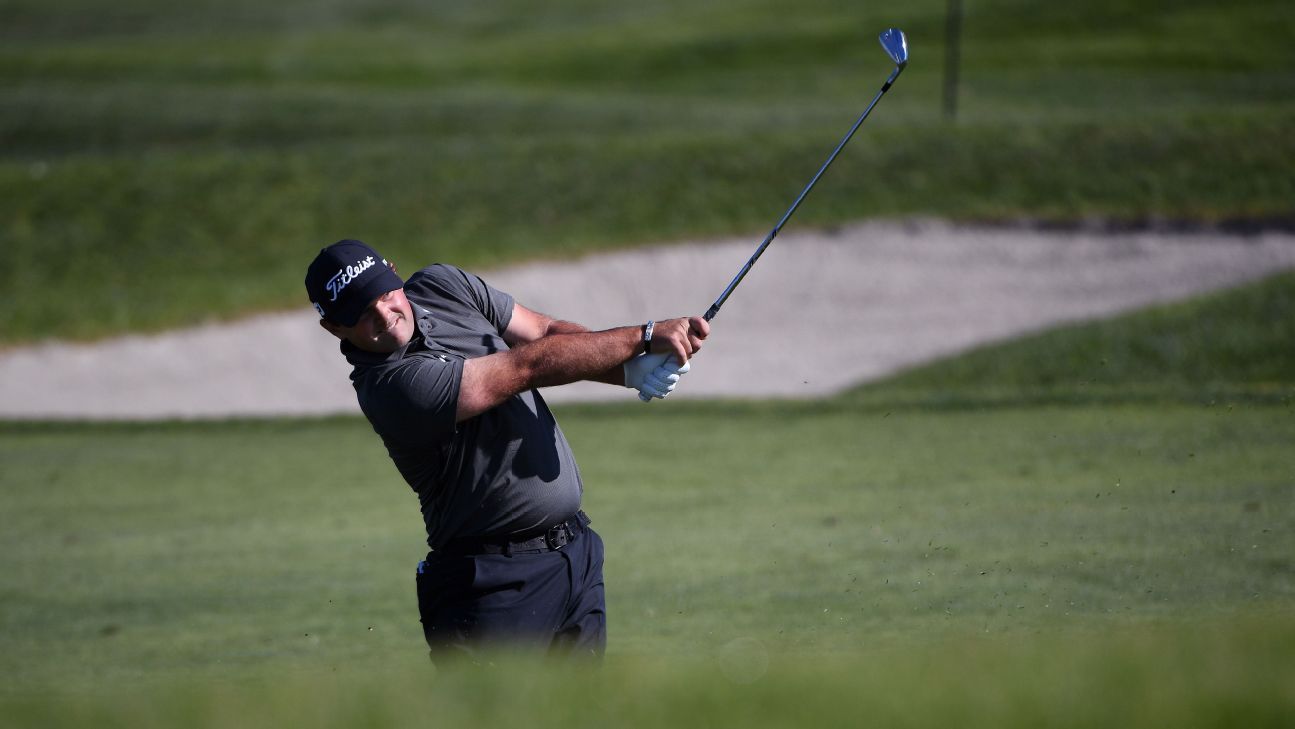 Third-round co-leader Patrick Reed found himself dealing with another rules issue on Saturday at the Farmers Insurance Open when he sought relief for an embedded ball — that television replays show had first bounced — and then picked up the ball before a rules official could arrive.

Reed, the 2018 Masters champion who had cheating accusations dog him after an incident at the 2019 Hero World Challenge, had pulled his approach shot from a fairway bunker into the left rough at the 10th hole at Torrey Pines in San Diego.

A ball embedded anywhere through the green except for sandy areas is entitled to a free drop, which is what Reed sought. But replays showed the ball had first bounced before settling into the rough.

CBS analyst Nick Faldo questioned how a ball could embed — or plug — if it had first bounced.

Due to heavy rain at the tournament, the round was being played with preferred lies, or “lift, clean and place.” But that applies only to balls that are in the fairway.

Making matters worse, Reed picked up the ball — which should have been allowed only if his playing partners, Robby Shelton and Will Gordon, had been consulted and allowed him to do it. It was unclear if Reed asked them or if they responded.

Reed could be heard telling the rules official that his ball had not bounced, but he declined to look at television replays. “I checked it and I believe it broke ground,” Reed said to Tour rules official Brad Fabel. “Since I picked it up to check, it seemed it broke ground. They said it didn’t bounce.”

Reed said in post-round interview that a tournament volunteer told him the ball did not bounce; and he explained that he picked up the ball and marked it because nobody saw the ball bounce, and he was trying to determine if it had been embedded. When Fabel checked the area, he determined that Reed was allowed relief.

That gave Reed the ability to clean the ball, and drop it within a club length. He got the ball up and down for a par and is tied for the lead with Carlos Ortiz after shooting a third-round 70.

Rules official Ken Tackett explained during the CBS broadcast that since it was determined the ball had embedded, it didn’t matter if it had first bounced. Faldo questioned that, and CBS lead broadcaster Jim Nantz called it a “bad look.”

At the 2019 Hero World Challenge, Reed came under immense scrutiny after it was determined he had “improved his lie” in a waste area when dragging his club back while taking practice swings. He was later assessed a 2-stroke penalty, and afterward accepted the penalty but maintained a different camera angle would have exonerated him.

Reed endured considerable taunting the following week at the Presidents Cup and his caddie and brother-in-law, Kessler Karain, even got into an altercation with a spectator, leading to the PGA Tour suspending him from the final day’s action.