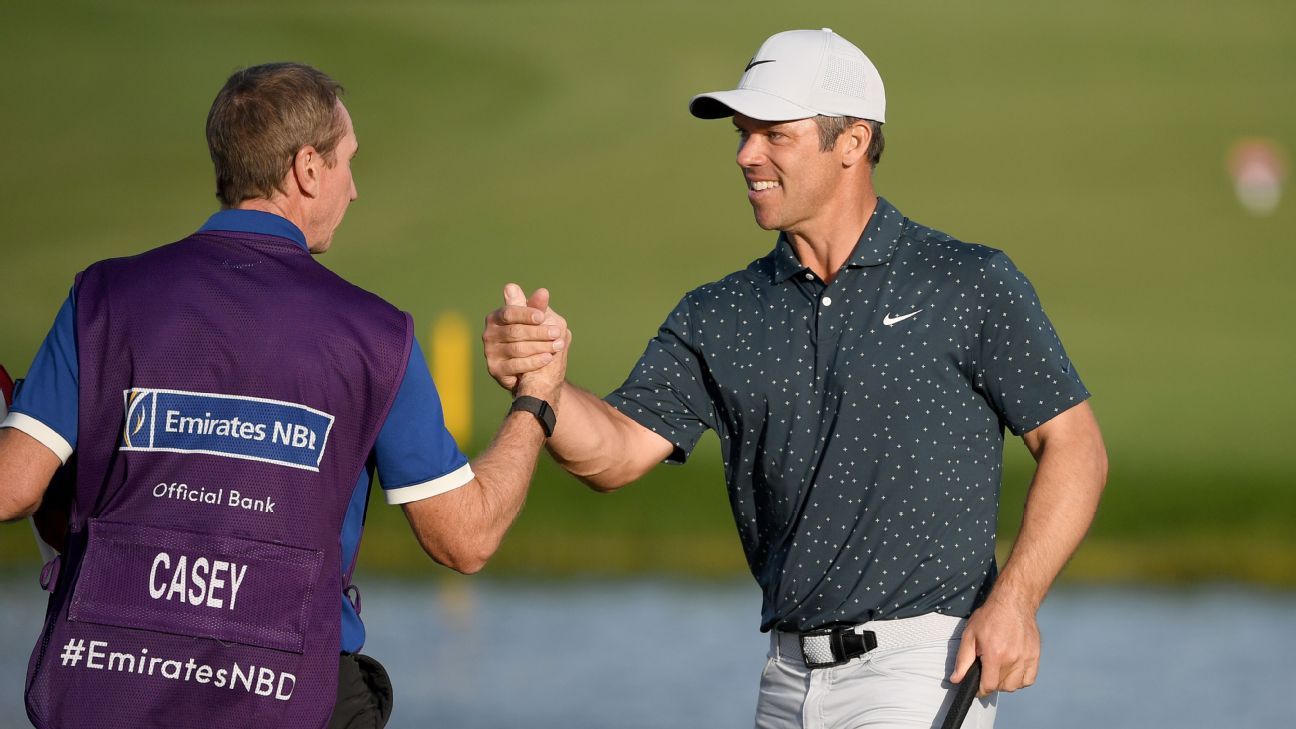 The Saudi International was a controversial addition to the European Tour schedule two years ago, given the country’s human rights issues and the fact the event is supported by the government and meant to bring positive reviews to the region.

Paul Casey was among those who declined lucrative appearances to play, citing his relationship with the United Nations International Children’s Emergency Fund (UNICEF) as one of the reasons he felt uncomfortable playing in the event.

Casey, 43, changed his mind this year and elected to compete in the $3.5 million tournament that begins Thursday at Royal Greens Golf & Country Club, where Graeme McDowell is the defending champion.

Asked in a pre-tournament interview what caused him to change his mind, Casey, an Englishman who lives in Arizona, said he thought long and hard about the decision over the past two years.

“I took a stance where I didn’t participate before,” said Casey, who won his 15th European Tour title on Sunday at the Dubai Desert Classic. “At that time a couple of years ago, I was a little bit torn. I’m a father, I’ve got two kids. My charitable ties with UNICEF, and I felt that it was not right for me to play.

“I’ve spent the last two years thinking about that a lot. I’ve learned an awful lot, read an awful lot. And one of the things that I was flat-out wrong on was . . . UNICEF is not a political organization. Their focus is purely on vulnerability of children around the world, and making sure they look after children around the world and doing everything they can to save them. And that’s important to me, and that’s my focus with much charitable views and endeavors

“And so I was reminded that if you stay away, you don’t engage, if you don’t talk, you don’t visit, then you’re merely kind of hardening positions. And so that actually doesn’t do any good.

“I think things are not black and white. It’s very much a gray area what we discussed in the past. If you mentioned something like children’s rights, there’s not a country on the planet that meets every single rights of a child. So all you can hope is that a country is on a path towards meeting as many of those as possible.

“There’s something called conventions of a child, the rights of a child. You can look it up; this country has signed up to those conventions and is making progress to ticking off as many of those as possible. And that’s all I can hope for. And if I can make a difference, one iota of difference, then that’s something important.”

Two years ago, when asked why he turned down the invitation, Casey said that “signing a deal and being paid to be down there … I would be a hypocrite if I did that. Anybody who says sport isn’t political, that’s rubbish. Sport is very political. I’m glad I took a stance, more so if it highlights the issues within the region.”

Upon accepting the offer a few months ago, Casey said he believes “sport has the power to affect change. I’ve listened to the Saudi’s commitment to this and their vision for the future. They have successfully hosted two professional ladies tournaments, which shows that Golf Saudi have plans not only for professional golf, but more so for grassroots and the next generation.”

Inside the day golf stood still at The Players | Live from The Players | Golf Channel
Why You Slice – Easy Release Fix! | WINTER PROJECT (Ep. 6)
I’ve quit professional golf…
GOLF: Why Amateur Golfers Can’t Hit Driver Farther (BACKSWING)
This is Why I Never Start with the Club Behind the Golf Ball
Ads by Amazon
Ads by Amazon