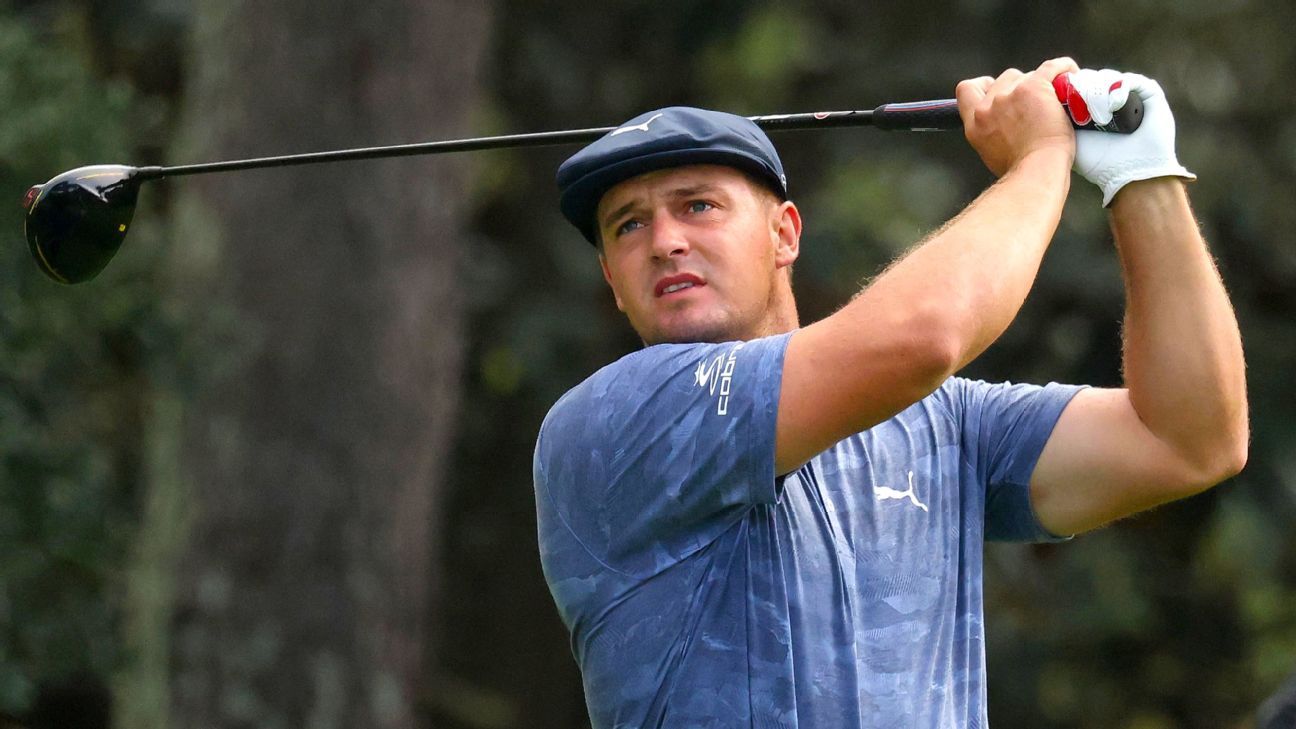 The PGA Tour announced Tuesday that “in the interest of safety, volunteers and other personnel,” it would be instituting internal out of bounds on the 18th hole of the TPC Sawgrass for this week’s Players Championship.

Bryson DeChambeau was not cited, but the rule was clearly put in place after the winner of the Arnold Palmer Invitational on Sunday talked about trying to drive his tee shot over the lake on the 18th hole for, what he said, would be an easier shot to the par-4 green.

“I have thought about sometimes on 18 going left into 9,” DeChambeau said after his victory Sunday. “We’ll see, with the stands and everything, if it’s even worth it … it just gives you a better shot into the green, personally, where you can just hit it a little long and you’re always going to be OK.

“I just look at all the options and hopefully there’s an advantage there. If not, I’ll just hit a 4-iron down the fairway and hopefully an 8-iron or 7-iron into the green.”

The 18th is a 439-yard par-4 that doglegs around a lake and leaves little room to land a ball in the fairway when cutting the corner over the water. A shot left out to the right often rolls into the trees that are on the right side of the fairway.

DeChambeau was considering blasting his tee shot way to the left, across the water, and into the ninth fairway. The carry would be 310 yards, DeChambeau said, which is easy enough for him.

But the Tour thought better, and took the unusual step to declare that area out of bounds. Spectators would likely be in the area where he was thinking of hitting the shot.

DeChambeau had said Tuesday before the announcement that he still was unsure about the play.

“It’s not really that big of an advantage, but taking the water out of play and having an easier second shot … it may be easier, I don’t know.”

Now the decision has been made for him.