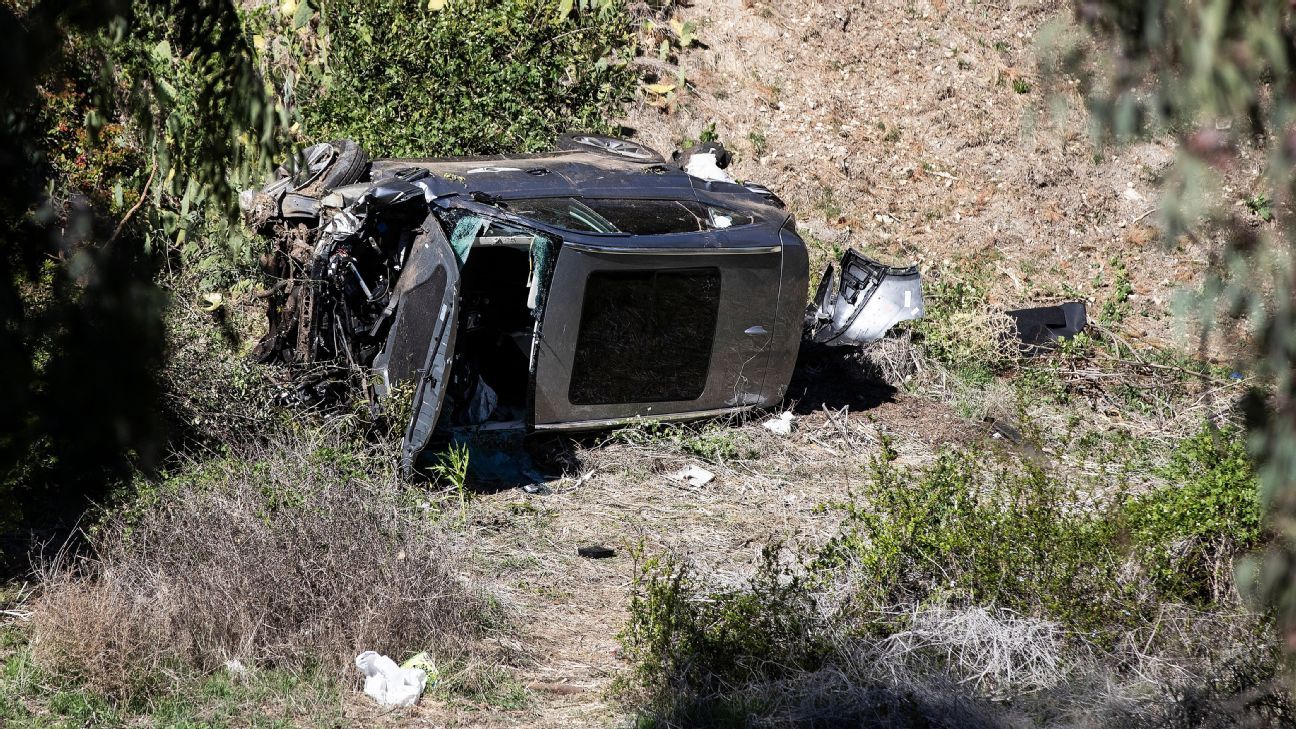 The man, who lives near the site in Rolling Hills Estates, heard the crash and walked to the SUV, Los Angeles County sheriff’s Deputy Johann Schloegl wrote in an affidavit.

The man told deputies that Woods would not respond to his questions.

The first deputy on the scene, Carlos Gonzalez, has said Woods was able to talk to him and answer basic questions. Woods later told deputies that he did not know how the collision occurred and didn’t remember driving.

Law enforcement has not previously disclosed that Woods had been unconscious after the crash.

The information came in a statement of probable cause requesting that a search warrant be approved for the Genesis SUV’s data recorder, known as a black box. Schloegl requested data from Feb. 22 and Feb. 23. The crash occurred around 7 a.m. on Feb. 23.

“I believe the data will explain how/why the collision occurred,” Schloegl wrote.

Sheriff’s representatives have declined to say what was discovered in the recorder.

The 2021 GV80 driven by Woods went off a Los Angeles County road and crashed on a downhill stretch known for wrecks. The crash injured Woods’ right leg, requiring surgery.

Sheriff Alex Villanueva has said Woods was driving alone in good weather, there was no evidence of impairment and the crash was “purely an accident.”

Schloegl previously told USA Today that he did not seek a search warrant for Woods’ blood samples, which could be screened for drugs and alcohol. In 2017, Woods checked himself into a clinic for help dealing with prescription drug medication after a DUI charge in Florida.

The lengthy surgery following the crash was to stabilize shattered tibia and fibula bones in his right leg. A combination of screws and pins were used for injuries in the ankle and foot.

It was the 10th surgery of his career, and it came two months after a fifth back surgery. Through it all, Woods has never gone an entire year without playing, dating back to his first PGA Tour event as a 16-year-old in high school.

2019 Pro V1 and Pro V1x Golf Balls: A Comparison
A surprise from Tom Watson! | Priceless Moments with Mastercard
Wilco Nienaber’s 439 Yard Drive!
Last Golfer To Miss The Green Wins £1000!
A preview of 2023? Sahith Theegala sure hopes so after pulling out the QBE Shootout title with Tom Hoge
Ads by Amazon
Ads by Amazon