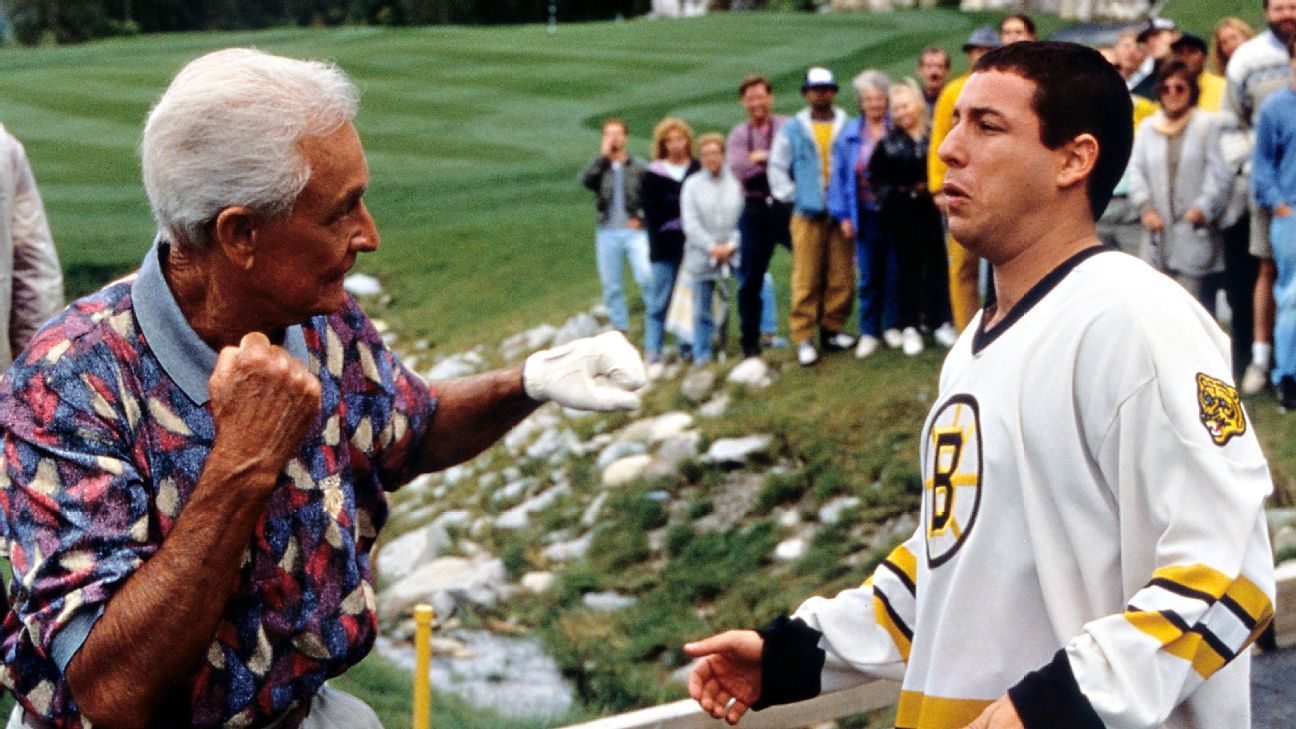 On the 25th anniversary of “Happy Gilmore,” Adam Sandler proved he’s still got it.

Happy loves you all! Thanks for everything! pic.twitter.com/p1aY9JcFWh

The film featured Sandler as Happy Gilmore, a wannabe hockey player who never made it and instead stumbles into golf. He develops a rivalry with, uh, confident golf professional Shooter McGavin, played by Christopher McDonald. And, of course, Shooter wasn’t going to remain silent after being called out by Happy.

Sandler’s swing has been emulated by hackers — and even some professionals — for years and years. Of course, some of the other classic lines — like, when a putt doesn’t drop, shouting, as Sandler did, “Why don’t you just go home? That’s your home. Are you too good for your home? Answer me!” have been repeated over … and over … and over.

Ben Stiller, who played an angry orderly in the nursing home in which Happy’s grandmother lived, jumped in to help commemorate the big day.

That’s a beautiful swing Mr. Gilmore. Congrats on your anniversary, and being such a loving grandson. So happy to be a small part of taking good care of her during her “golden years”. 😉