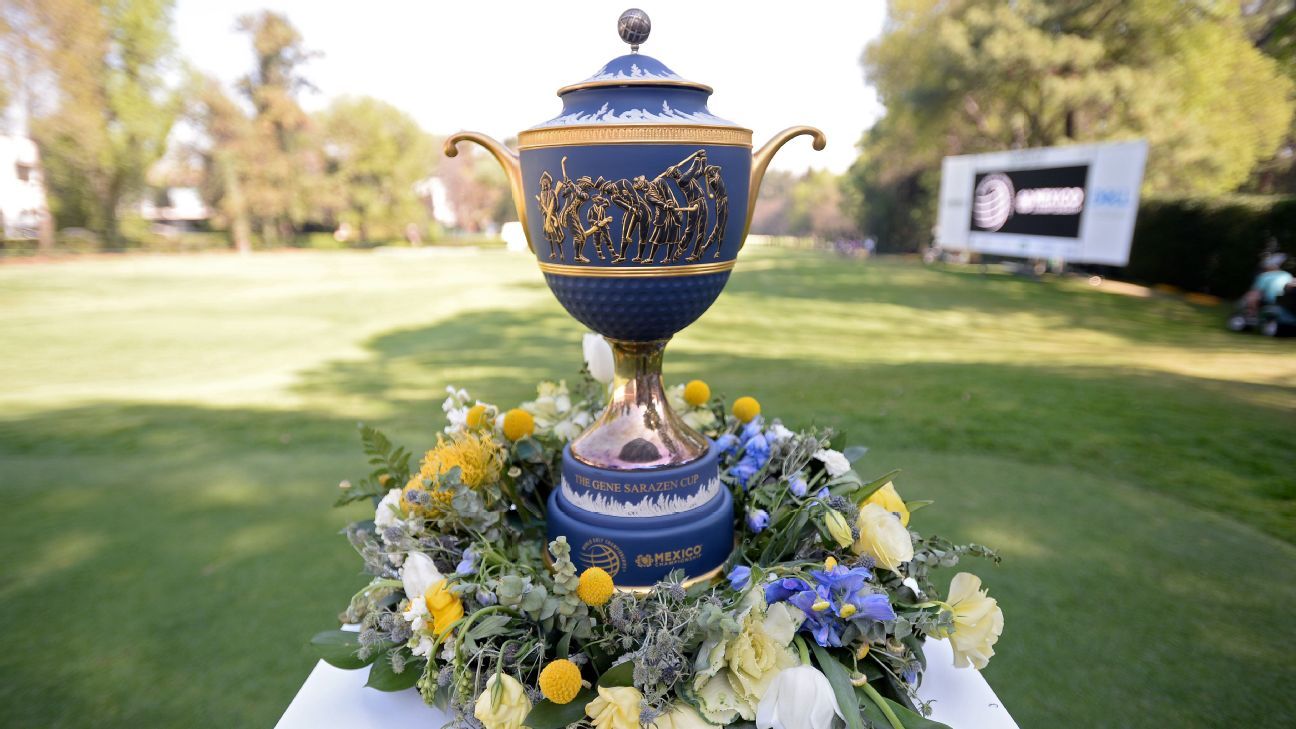 The World Golf Championship event scheduled for Mexico City is being moved for one year to Florida due to the coronavirus pandemic.

The sponsors of the WGC-Mexico Championship, Grupo Salinas, did not want to play at Chapultepec Golf Club – where the tournament relocated to in 2017 – due to restrictions that would not allow fans.

So the PGA Tour is moving the event for one year to The Concession Golf Club in Bradenton, Florida, according to a memo it sent to players and confirmed by the PGA Tour. Patrick Reed is the defending champion.

The tournament, scheduled for Feb. 25-28, will now mean a four-week Florida Swing that includes the Arnold Palmer Invitational (March 4-7), the Players Championship (March 11-14) and the Honda Classic (March 18-21).

To still be determined is a one-year title sponsor and the name of event.

And that suggests that the Grupo Salinas Group was not on board with pay the full sponsorship fee for the World Golf Championship event. Had it done so, the tournament would still have the Mexico Championship name associated with it. The tour will likely work to do a deal similar to the one that saw Workday step in for John Deere last July when it relocated the event for one year to Dublin, Ohio.

“The PGA Tour is grateful for its continued partnership with Grupo Salinas as we navigate the unique challenges created by the pandemic,” said Ty Votaw, PGA Tour executive vice president, international. “While we work toward returning to Mexico in 2022, we are appreciative of the collective effort to bring this event to a worth venue in The Concession Golf Club, which is renowned as one of the top courses in the state of Florida.”

The Concession was designed by Jack Nicklaus and Tony Jacklin and named in honor of their famous 1969 Ryder Cup match – when Nicklaus conceded a short putt on the final hole of the final match to Jacklin, assuring that their match and the overall Ryder Cup would end in a tie.

It was the first time that the then-Great Britain & Ireland Ryder Cup did not suffer a defeat going back to 1957. And what later became the European team would not win the Ryder Cup again until 1985.

The tournament will be played without general admission spectators and will only be open to Concession members and guests.

Tiger and Rory vs. Spieth and JT: What to watch at The Match
18 HANDICAPPER GOLF TIPS!
2 Minute Golf Tips – What can you do with a 2 / 3rds Golf Swing
Fred Couples vs John Daly at Crosswater Club | 1999 Shell’s Wonderful World of Golf
GOLF: Why Amateur Golfers Can’t Hit Driver Farther (BACKSWING)
Ads by Amazon
Ads by Amazon